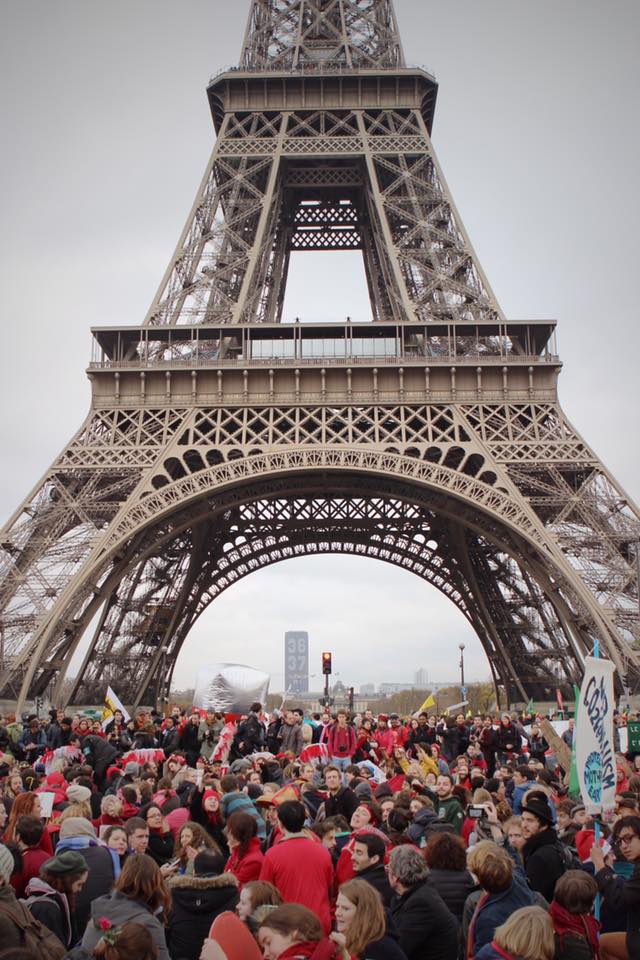 James Hansen’s Crystal Ball James Hansen offered a prescient warning about the outcome of COP21 when he wrote, “Watch what happens in Paris carefully to see if all the leaders do is sign off on the pap the UN bureaucrats are putting together, indulgences and promises to reduce future emissions, and then clap each other on the back and declare success.” […]
By Environmental Action #COP21, Barack Obama, Bernie Sanders, Bill McKibben, climate change, Climate Justice, Crude Oil Exports, Danny Chivers, Declaration of Independence, Exxon, HBCU, Indigenous Environmental Network, Jess Worth, Joe Solomon, NAFTA, New Internationalist Magazine, Paris, TPP, Via Campesina, Wen Stephenson Comments Off on Paris Climate Deal is a COP(21) Out Read more...
Today was a dizzying day in the House of Representatives as they voted on a package of bills associated with trade legislation. The package included the so-called “Fast Track” authority, which would give President Obama authority to negotiate free trade deals such as the Trans Pacific Partnership (TPP) without Congressional input. Sensing how close the vote would be, the president made […]
By Environmental Action climate change, Fast Track, Free Trade, President Obama, TAA, TPA, TPP Comments Off on Free Trade, Superfluous Acronyms and The Environment Read more...
Tweets by @EnviroAction