PowerShift 2013 was big. There were twice as many people there as at Netroots Nation, which is often billed as the biggest 'progressive' event of the year. It was also, as I put it, "twice as young" meaning that the majority of folks in attendance were in their 20s and late teens. It's really exciting to see that our movement […]
By Jesse Bacon Climate, conferences, Energy Action Coalition, Fracking, movement, PowerShift, reportback Comments Off on What I learned at PowerShift Read more... 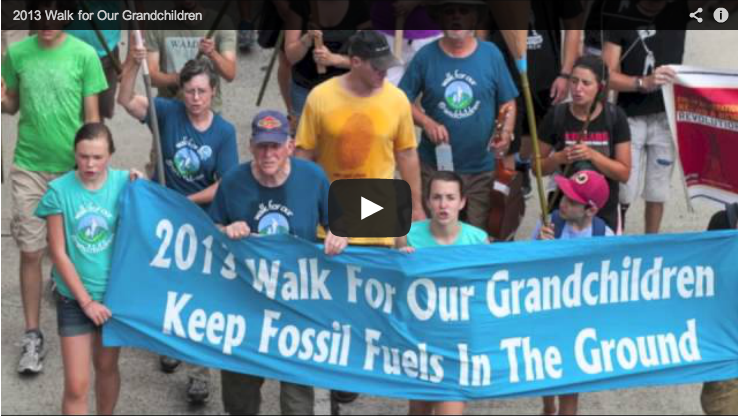 How far would you walk to save our climate? For the members of the 2013 Walk for our Grandchildren, the answer is at least 100 miles. That's how far they walked: starting from Camp David on July 19th, and arriving at the White House on July 27th. I figured the least I could do was provide them with an actual […]
By Jesse Bacon children, Climate, elders, grandchildren, grandparents, Imatter, Keystone XL, reportback, video, youth Comments Off on VIDEO: Back from the Walk for our Grandchildren 2013 Read more...
Tweets by @EnviroAction