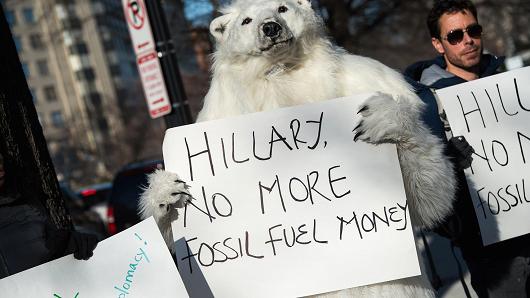 This afternoon former Secretary of State and current Democratic candidate for the Presidency Hillary Clinton announced her opposition to the controversial Keystone XL Pipeline.  While explaining her reasoning, Secretary Clinton remarked, “I think it is imperative that we look at the Keystone pipeline as what I believe it is — a distraction from important work we have to do on […]
By Environmental Action Bill McKibben, climate change, Hillary Clinton, Keystone XL Pipeline, KXL, President Obama, tar sands Comments Off on Hip Hip Hillaraaaaaaay – Hillary Clinton and the Keystone Pipeline Read more...
Tweets by @EnviroAction