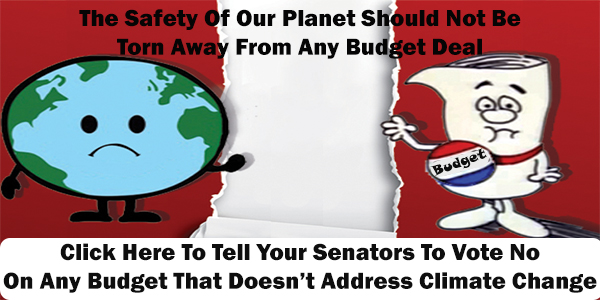 Early this week the Senate approved the same basic budget plan that passed the House last week. As we reported, this budget failed to include an amendment introduced by Senator Michael Bennett (D-CO)  to consider national security and economic risks associated with human-induced climate change. This amendment previously passed in the Senate and should have instructed the House to include climate risks in their budget.  But the […]
By Environmental Action Budget, Carbon Dioxide, climate change, Michael Bennett Comments Off on Senate Passes Budget Without Addressing Climate Change…Sort of Read more...
Tweets by @EnviroAction