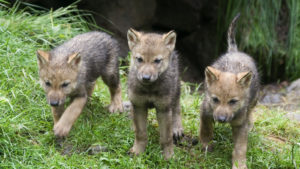 Before the Endangered Species Act, the gray wolf was hunted, trapped and poisoned almost to extinction in the continental U.S. Now the animal may lose the law’s protection.

The Associated Press reported in June that the U.S. Fish and Wildlife Service is considering lifting Endangered Species Act protections for the species. Without the law’s protection, nothing would stand between these incredible animals and catastrophic hunting. Killing on the scale we’ve seen in the Great Lakes would be a disaster for America’s remaining wolves.

More than 11,000 Environmental Action members have sent messages urging the administration not to lift these critical protections for wolves—or they might vanish forever.