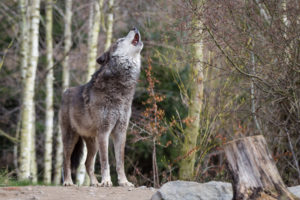 Some things you can’t put a price on—and the howling of a gray wolf in the wild is one of them.

Only 5,500 wolves roam the lower 48 states. Their survival is now far from certain. On March 6, the Department of the Interior announced plans to take America’s gray wolves off the federal endangered species list. Along with their spot on the list, the wolves would also lose protections afforded by the Endangered Species Act (ESA).

We have a responsibility to protect amazing creatures like gray wolves. Wolves play a vital role in our environment, bringing balance to the ecosystems they call home. Their haunting howls have captivated generations. We want to make sure that wolves’ howling song is heard for generations more to come. And we know how: the Endangered Species Act. 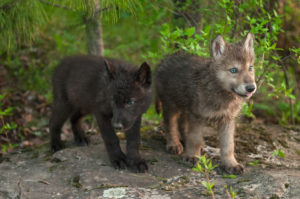 Hundreds of thousands of wolves once populated the lower 48 states. But in the 1900s, gray wolves were nearly hunted to extinction. It took the ESA to protect the last few in the wild.

But there are still only 5,500 gray wolves in the wild. And if gray wolves lose their endangered species protections, it could push them over the brink.

We already know what might happen if they are delisted—after the government removed from the list a smaller wolf population around the Great Lakes, we lost 1,500 wolves in just three years before a court ordered their protections restored.

When it comes to preventing extinction, the ESA has a 99 percent success rate—and it can do the same for gray wolves as long as we stop the Department of the Interior from delisting them.

We’ve protected wolves before, and we know we can do it again if we take action together. Last year, when these vital protections for gray wolves were on the chopping block, more than 25,000 Environmental Action supporters like you took action by sending emails to Congress, calling your senators, and getting friends and family to get involved the week before the vote—and we won.

That’s how we know that if enough of us speak up for wolves, these incredible creatures stand a much better chance of keeping their vital ESA protections.

So far, we have submitted more than 20,000 public comments calling on the Interior Department to keep the gray wolf on the endangered list—and keep protecting the wolves that are still with us. And we aren’t done yet.