Working towards a clean power future

Working towards a clean power future

We need stronger climate action, not cuts to existing protections, so with your help, we asked the EPA to protect the Clean Power Plan! 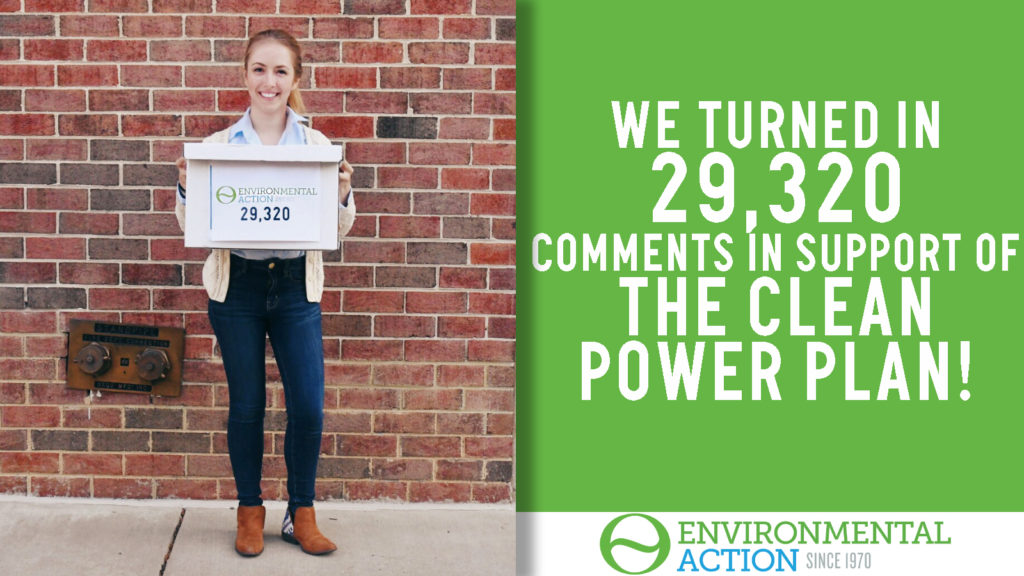 The Trump administration is trying to trash the Clean Power Plan. The plan aims to cut carbon emissions from the nation’s electricity sector 32 percent by 2030, compared to 2005 levels. It’s also one of the strongest actions ever taken by the United States to combat climate change.

The Environmental Protection Agency’s (EPA) Administrator Scott Pruitt holds the power to ensure we have clean air to breath and to keep big polluters in check. But he’s trying to remove standards that combat climate change and protect our clean air.

Thanks to the powerful action from members like you, we were able to turn in 29,320 comments to the EPA in support of the Clean Power Plan.

The EPA held a hearing on the Clean Power Plan in the heart of coal country. And as it turns out, even in coal country, regulating carbon emissions is popular a good idea. In fact, only 30 of the over 250 people at the hearing spoke in favor of a repeal.

A 72-year-old coal miner who has mined hills of Kentucky for four decades said it best: “Our health, environment and global climate are actively being destroyed,” he told EPA officials. “For the sake of my grandchildren and yours, I call on you to strengthen, not repeal, the Clean Power Plan.”

Trashing the Clean Power Plan could allow fossil fuel companies to dump more pollution into our air. And it would have devastating impacts for our health, wildlife and our entire planet.

We need stronger climate action, not cuts to existing protections.