What’s Next for NOLA?: Katrina 10 Recap

What’s Next for NOLA?: Katrina 10 Recap

Last week was quite a week for the climate/environmental justice movement during the week long 10th commemoration of Hurricane Katrina in New Orleans, Louisiana (NOLA). There’s so much that I could say about the various activities Environmental Action took part in from the Gulf South Rising Convergence, to the Climate Summit at Dillard University and certainly the Second Line March from the lower 9th Ward to Hunter’s field near the heart of the city. Check out the video and scroll down for more reflections, photos and next steps.

Katrina 10 RecapFrom August 28-29 Environmental Action was in New Orleans to honor the 10th anniversary of Hurricane Katrina. Together we raised thousands of dollars, bused in hundreds of activists and supported two incredible days of action. Here’s a taste of what it looked like, sounded like and felt like to be there. https://www.environmental-action.org/blog/whats-next-for-nola-katrina-10-recap/

P.S. Want to support great actions like this, and more, leading up to the international climate talks in Paris? Click here to support our work.

There were a slew of environmental organizations from around the country including Sierra Club, Natural Resources Defense Council, 350.org, UPROSE Brooklyn and Energy Action Coalition who came down to work with local groups and the Deep South Center for Environmental Justice in an effort to highlight the worst effects of climate-fueled storms and discuss the need to increase awareness of environmental and climate justice. 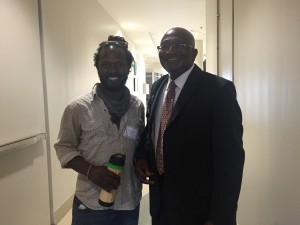 On a personal note, I was honored to meet one of my heroes, Dr. Robert Bullard, Dean of the Barbara Jordan – Mickey Leland School Of Public Affairs at Texas Southern University and rightfully considered one of the “Fathers of Environmental Justice.” I was also honored to march with Mr. Aaron Mair the first elected African American President of Sierra Club.

Mr. Mair offered particularly poignant words about the components that that fuel climate change, as well as racism/bigotry to prevent our country from realizing true climate and environmental justice. His speech at Dillard University set the stage for the Second Line March.

It’s not without significance that the Second Line tradition was brought to NOLA by slaves who were subject to abject oppression, subjugation, psychological and physical abuse. Many of the same conditions can still be observed among people of color and low-wealth communities in NOLA (especially the Lower 9th Ward) as well as Richmond, CA, Brooklyn and Bronx, NY and across the country. To this end, it was fitting that before we marched, we were encouraged by my friend Reverend Yearwood of the Hip Hop Caucus to take up the type of resistance that will be necessary to fight climate change in a way that is inclusive and egalitarian. 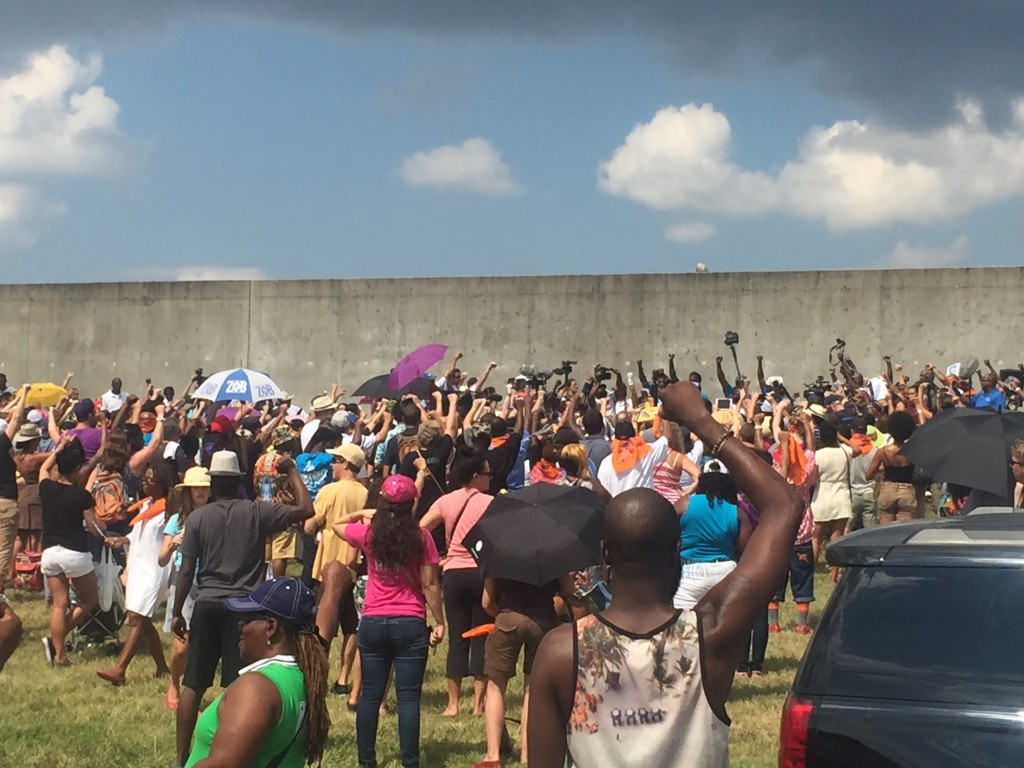 Getting Ready To March From Lower 9th Ward

The Second Line March out of the 9th ward was an amazing experience. An estimated 2,500 people marched nearly five miles to show solidarity with the people of NOLA, the victims of Katrina and the approximately 100,000 people, mostly African American, who remain displaced and unable to return home. Climate champions like Bill McKibben and coalitions like the Climate Justice Alliance braved the southern heat and walked, danced and chanted to the unique brass sounds. 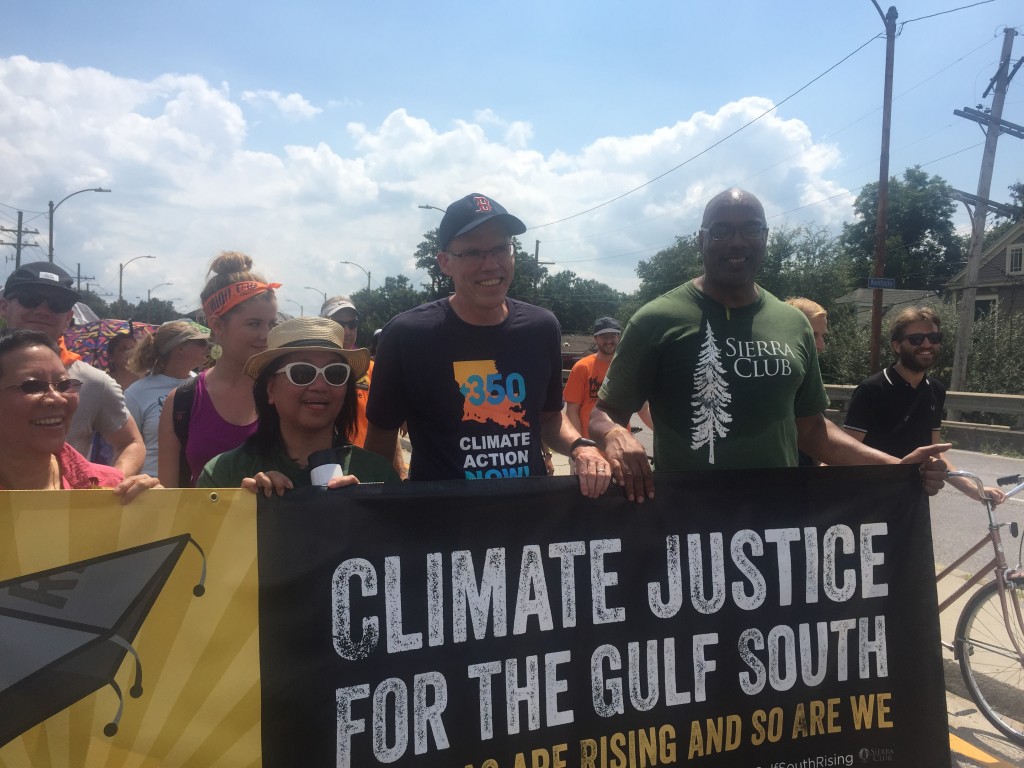 It was all amazing and encouraging to witness and be a part of. But now that we have all left, taken our cameras and pictures home with us,  pressing questions remain that must be answered: WHAT’S NEXT FOR NOLA? WHAT’S NEXT FOR CLIMATE JUSTICE ? HOW DO WE KEEP THE MARCH MOVING?

There are myriad answers to these questions. One place to start is by continuing to support our friends at Gulf South Rising (GSR) as they continue this important work in the Gulf South Region. You can show your support for groups like GSR and the United Houma Nation who are on the front lines of climate disruption by clicking here.

Make no mistake — this is an important time for climate justice and resilience. Many organizations like ours are planning to attend the Paris COP 21 Climate Talks and we need to make sure the voices of those impacted the most are at the front of the line, just like they were last week in New Orleans, or a year ago at the People’s Climate March. You can help send representatives from front line communities, students of color and indigenous/first nation representatives with us to France to demand climate action by clicking here.

And don’t forget, His Holiness Pope Francis will soon bring his moral message for climate justice to the U.S. and address our Congress as well as the United Nations…stay tuned for more information about events you can take part in during his visit.

The key thing is to ensure that the Katrina 10 Commemoration was not merely a cosmetic show of solidarity that will only soon be filtered out of our fast paced age of social media and cable TV. We must continue the type of resistance called for by Rev. Yearwood and demonstrated by President Obama who ignored climate denier Bobby Jindall’s letter directing him not to mention climate change on his visit to New Orleans.

As a movement we must also begin to fully embrace and address the inconvenient truths about lack of diversity and Black/Brown leadership, the lack of equitable funding and resources for EJ and community organizations and the need for expedited action at the local, regional, national and international levels to act on climate. We owe it to NOLA, we owe it to the victims of Katrina, we owe it to our planet and we owe it to ourselves and future generations.

Thanks again for staying in the struggle with us.