We Just Shut Down an LNG Facility

We Just Shut Down an LNG Facility

BREAKING: This afternoon New York Governor Andrew Cuomo announced that he is rejecting the application by Liberty Natural Gas, LLC to construct the Port Ambrose Liquefied Natural Gas (LNG) facility off the coasts of Long Island and Far Rockaway, New York. The veto of the application is a major victory for environmental activists who have been fighting this dangerous project for years. Groups including Environmental Action, Sane Energy Project, Catskill Moutainkeeper and Food and Water Watch hailed the announcement as a major victory and a direct blow to the fracking industry. 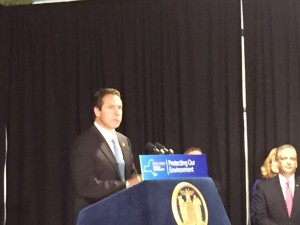 While discussing his reasons for rejecting the application, Cuomo first cited his concern for our climate and air quality, specifically citing Hurricane Sandy. Cuomo also discussed security risks and potential terrorists attacks. He went on to say that Hurricane Sandy would not be the last climate fueled event New York faces and that “climate change is real and happening right now.”

Additionally the governor discussed his concerns that Port Ambrose would block plans for a proposed wind farm in the same location and impact natural resources. In the end Cuomo proclaimed, “The reward is not worth  the risk.” 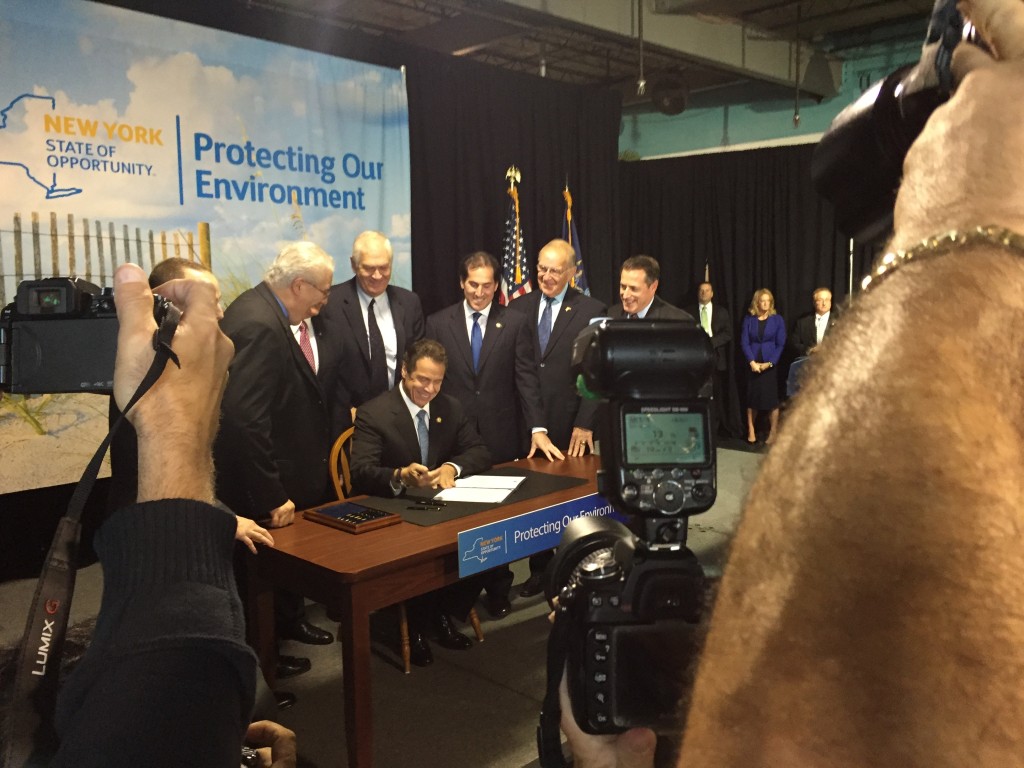 This is another example of the power of citizen action, digital and analogue organizing. It is a testament to the resolve of a strong coalition that banded together to fight LNG in New York for years. A mentor of mine once said, “the coalition is only successful when every group in the coalition is successful.” That paradigm was exuded: each group did its part……I am so thankful to the members of Environmental Action who donated nearly $8,000 and sent tens of thousands postcards to Cuomo. You also helped make art work for various events even funded buses to get activists there.  You made this happen, and in the process showed New York and the world how determined you are to realize a fossil fuel free future – we can and will get a future powered by renewable energy like the wind and sun, and it will be through campaigns like this.

Yesterday I gave a talk about how the global road through Paris, COP21, and curbing climate change is paved with local action, local campaigns and local victories. I am so excited to be able to take this news, along with Keystone XL and Exxon Prosecution  with me to Paris in a few weeks. I am proud to take this example of what we can do when we stand and work together for the climate and planet we want – and mostly, I can’t wait to tell people that we won,

This is one battle in a long fight that will lead to ultimate victory. There is more work to be done in New York and everywhere else. Stay tuned for information on future actions you can take to make New York and other communities 100 percent renewable…but for now savor this one, you made it happen.