Yesterday, along with friends like Sierra Club and Earthjustice, we delivered over 706,000 signature to the Environmental Protection Agency (EPA) telling them to plug the methane leaks from oil and gas drilling.

These leaks are a huge problem. Methane leaks can cause sickness and disease, as in the case of the leak detected on Oct. 23 that has sickened nearby residents of Southern California Gas Co for weeks and led to the temporary relocation of 200 families. Methane is also a potent greenhouse gas – up to 80 times more potent a global warming pollutant than carbon dioxide. As we debate the future of our climate in Paris, it’s imperative that we plug the fracking leaks NOW.

The only real solution is to leave fracked gas, and all fossil fuels, in the ground. But communities living next to fracking gas and oil wells need immediate protection for their health, and our climate can’t wait. Thanks to your support, they won’t have to wait much longer. 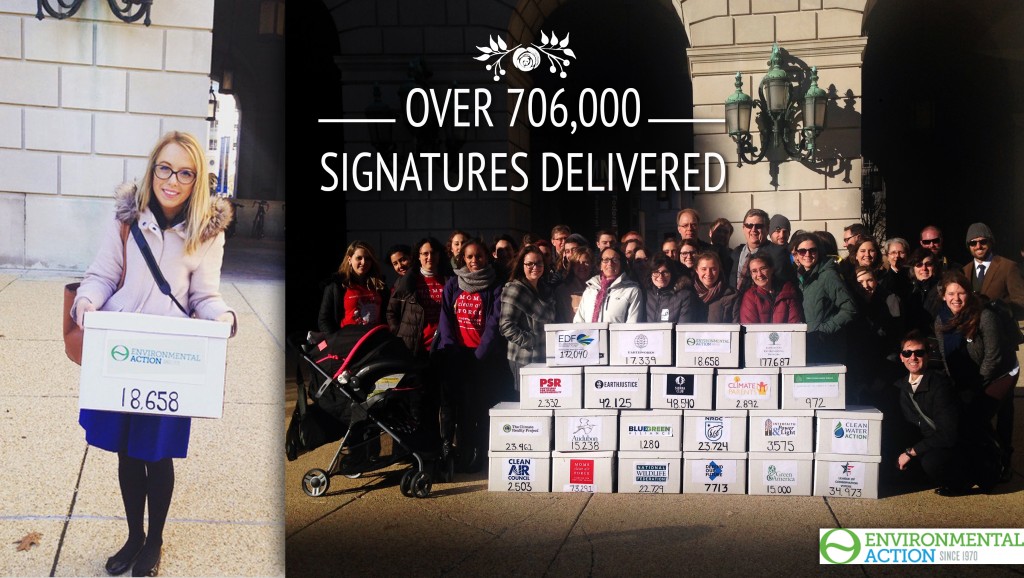 Thousands of you also wrote to the Environmental Protection Agency (EPA) asking them to retract their report that claims fracking is unlikely to lead “to widespread, systemic impacts on drinking water.”

Yesterday, the EPA’s Science Advisory Board (SAB) held a hearing on that report and heard from dozens of witnesses that the EPA didn’t do the work right, under-reported the dangers and failed to protect the public from fracking. That one failed report, in turn, has been used by the media and pro-gas politicians to justify the claim that fracking is ‘safe’ and to label all of us fighting to keep fossil fuels in the ground and protect public health as ‘alarmists.’

The SAB has already criticized the report, and now they know that thousands of citizens back them up. At the hearing yesterday, they heard from literally dozens of witnesses over more than two hours.

But even this is not enough. We need to keep the pressure on EPA and other Obama officials to make sure we shut down fracking everywhere. And we need your help to do it. Click here to chip in and support our anti-fracking work at the Paris climate talks, and beyond. Only by acting together can we build on yesterday’s victories and secure a frack free future for everyone.