The Winner of the September Thneed Trophy Is . . .

The Winner of the September Thneed Trophy Is . . .

By Kirk Weinert environment, Lorax, plastic pollution, plastic straws, Thneeds Comments Off on The Winner of the September Thneed Trophy Is . . .

The winner of the September 2018 Thneed Trophy is the ever-so-humble one-time-use plastic straw. 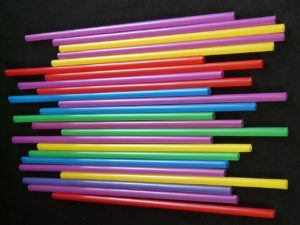 es, it’s darned convenient and it makes it easier to drive while drinking (soda). But, unless you have particular disabilities, is it really necessary? Ask the sea turtle with a straw crammed up his nose. Think about the tiny plastic beads swimming in your beer. And the billions of straws dumped into landfills every day.

So, congratulations to the many companies that produce and the stores and restaurants who hand out a product that’s bad for the environment and wastes precious petroleum, all for the sake of a fleeting — and easily replaceable — guilty pleasure.

P.S. Sincere congratulations to the many companies and cities that have announced they will stop distributing such straws willy-nilly. They include Starbucks, Ikea, American Airlines, Royal Caribbean, Alaska Airlines, Hyatt Hotels, Disney’s Animal Kingdom, and the cities of Seattle and San Francisco.

The Thneed Trophy is awarded monthly by Environmental Action to a product that exemplifies the spirit of The Lorax’s “thneed.” It’s the thing that everyone wants but nobody needs, for which all of the Truffula Trees were cut down.  In other words, bad for the environment, with little or no redeeming social value.