The Next Generation of Fracktivists Are Ready to Lead

The Next Generation of Fracktivists Are Ready to Lead

Fracking is a bigger issue in Florida right now than just about any other place in America. That’s why I traveled to the State Capitol in Tallahassee earlier this year and worked with friends from ReThink Energy Florida, Speak Up Wekiva and Environment Florida to fight the pro-fracking Senate Bill (SB) 318. The bill would expand fracking throughout the state and, worse yet, preempt local communities from banning fracking while overturning existing bans over 50 cities and 33 counties representing 13.2 million people or 70.4 percent of the state’s population. And that number is poised to increase as just today the City of St. Petersburg announced plans to pass its own fracking ban.

SB 318 was defeated by a razor thin margin, 10-9. And even that almost didn’t stop it when a parliamentary tactic was used to hold another vote on the bill. Fortunately the sponsor, State Senator Garret Richter (R-Lee/Collier) pulled the bill at the final hour. It was a major victory for the environmental community and no doubt due to the hard work of Florida fracktivists statewide. But here’s the thing, SB 318 was not “killed,” it was merely shelved. That means the bill will most certainly be back during Florida’s next legislative session…and it will be back with a vengeance, with more Big Oil money behind it.

That’s why, together with ReThink Energy Florida and other groups we decided to take our message about the need for a statewide ban on fracking on the road — and there was no better place to do this than on College Campuses, the incubators for our future leaders and future fracktivists. 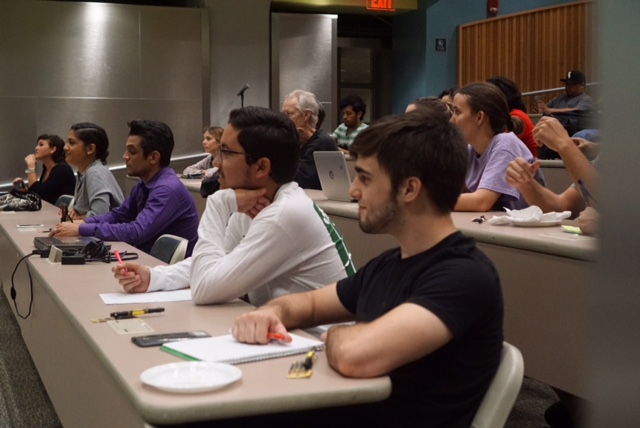 I embarked on a three-city college tour — Florida State University (FSU), Miami Dade College and Rollins College — over three days to discuss the dangers of fracking, methane and disproportionate impacts on low-wealth/communities of color. 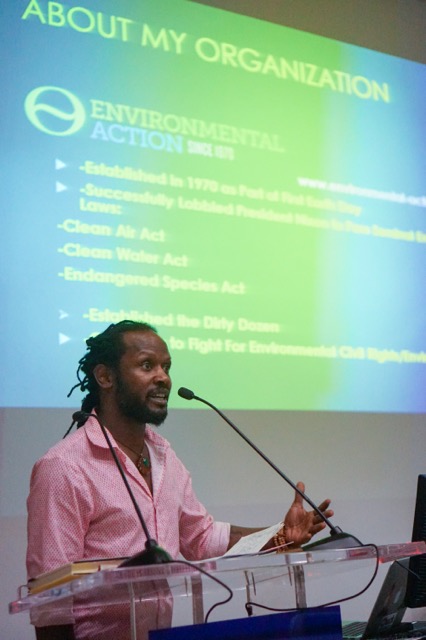 What blew me away was the level of knowledge many of the students already had about fracking. But many were not aware that fracked gas contributes to climate change. Even less knew that fracking occurs closer to communities of color and to schools with higher percentages of non-White students. That information caused one Miami Dade College student to remark, “Now I am just getting mad, what do I need to do to stop this from happening.”

The students at Florida State University were equally riled up and ready to go, which was amazing because this was exactly the point of the tour — to FRACKTIVATE. Incidentally, the FSU students have invited me back to give another talk that will also focus on local organizing and action tactics to build support with officials and elected representatives.

Since my initial talks, three more schools have requested that the Frack Free Florida Tour roll onto their campus including Florida Gulf Coast University (FGCU). This school is particularly interested because just last week a Koch Brothers Funded Think Tank, the Heritage Foundation, held a conference on their campus entitled, “Free Market Environmentalism.” One of the speakers, Issac Orr, held a talk called, “Friends Don’t Let Friends Ban Fracking.” The FGCU students did their best to disrupt his session (more on these brave students later), but ultimately decided that the best way to dispel Orr’s lack of veracity would be to have our Frack Free Florida tour come onto their campus and furnish the students with the truth about fracking, climate change and disproportionate impacts to vulnerable communities.

And that’s where you come in — there are only a few weeks left before summer break. The more campuses we get to, the more students we can mobilize to take an anti-fracking message back home with them across the state. You can make that happen by clicking here and keeping this tour rolling. With your help we can arm our students with the knowledge and know how they need to realize a Frack Free Florida.

A mini-documentary of my travels throughout Florida is below, click the image to check out the tour so far, and stay tuned for Part 2 of the Frack Free Florida College Tour.