Netroots Nation has become one of my favorite gathering of national progressives, activists and organizers. This work requires lots of travel and digital organizing, so one of the best parts of the Netroots conferences is the opportunity to meet people I’ve worked with online, in person. This year’s conference was particularly important as I was one of the keynote speakers, at a discussion about the intersection between climate change and other forms of injustice.

Prior to my keynote address, I attended an excellent panel with NextGen Climate founder, Tom Steyer, Senator Jeff Merkley (D-OR) and CREDO climate activist Murshed Zaheed. Their panel focused on how the so called “Keep It in the Ground” movement continues to turn the tide and deliver progressive victories on several key climate battles, such as Keystone pipeline and Arctic drilling. But the biggest news was when Sen. Merkley announced that he will introduce a bill calling for 100 percent renewable energy by 2050 — the announcement received raucous applause and I look forward to learning and sharing more. Congress is off on summer recess until September, so we’ll have to stand by to see the details and learn how we can support Sen. Merkley and other leaders like him in Congress. You can see a video of that panel, here. 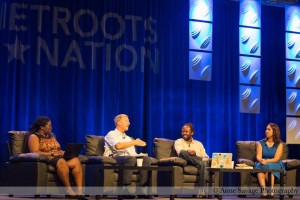 Directly after that panel, we rushed to the main stage of Netroots for the keynote address. It was an honor to represent Environmental Action and have an excellent discussion with Mr. Steyer the founder of NextGen Climate my good friend Jacqui Patterson from the NAACP, and my new friend Michelle Romero from Green for All. Our discussion touched on a variety of issues including the need to understand and communicate that climate change is a form of violence. We also talked about why that violence primarily and disproportionately impacts communities of color and low-wealth citizens. We discussed the merits of President Obama’s Clean Power Plan, and the need to clean up the plan, which currently promotes fracked gas and fracking. Finally, I called on conference goers (and my fellow panelists) to support the real frontline struggles and amazing work organizations who represent them. You can watch the full keynote discussion by clicking here.

I am very encouraged that Mr. Steyer expressed his interest and desire to continue a discussion about what more needs to be done to support frontline environmental struggles. We quickly discussed the need to increase and improve the transmission of urgency as it pertains to climate change being a form or violence and oppression. 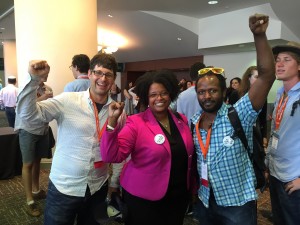 Another highlight at the conference was the annual Progressive Candidate Meet and Greet sponsored by our friends Democracy for America. They bring progressive candidates from all over the country, focusing mainly on down ballot elections. Brad Johnson, Director at Climate Hawks Vote, and I had the opportunity to speak with State Senator Maria Nadalle Chapelle, who represents Ferguson, MO and is currently running for Congress. Ms. Chapelle agreed that climate change is implicated in many of the issues associated with economic and racial injustice that she has observed since the death of Michael Brown in Ferguson a few years ago. 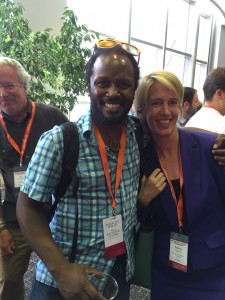 I also spoke with New York’s Zephyr Teachout, who just won her primary for Congress. Ms. Teachout has been outspoken on the need to treat climate change as a national emergency. Funny story, while I was speaking to her I was explaining that when I was first told by a friend, “you need to check out Zephyr Teachout,” I was looking for her on Spotify. After telling her I though she was an Indy Rock Band, she pulled me in close and replied, “I AM an Indy Rock Band.”

Clearly, the pinnacle of the weekend was when many conference goers took part in an action coordinated by Dante Barry from Million Hoodies for Justice along with local Black Lives Matter activists. This was an amazing show of solidarity that vindicated much of what I discussed during my keynote. Together we showed that climate disruption cannot be addressed without addressing disruption to all forms of justice including racial justice, economic justice and justice to vulnerable populations such as transgender citizens. 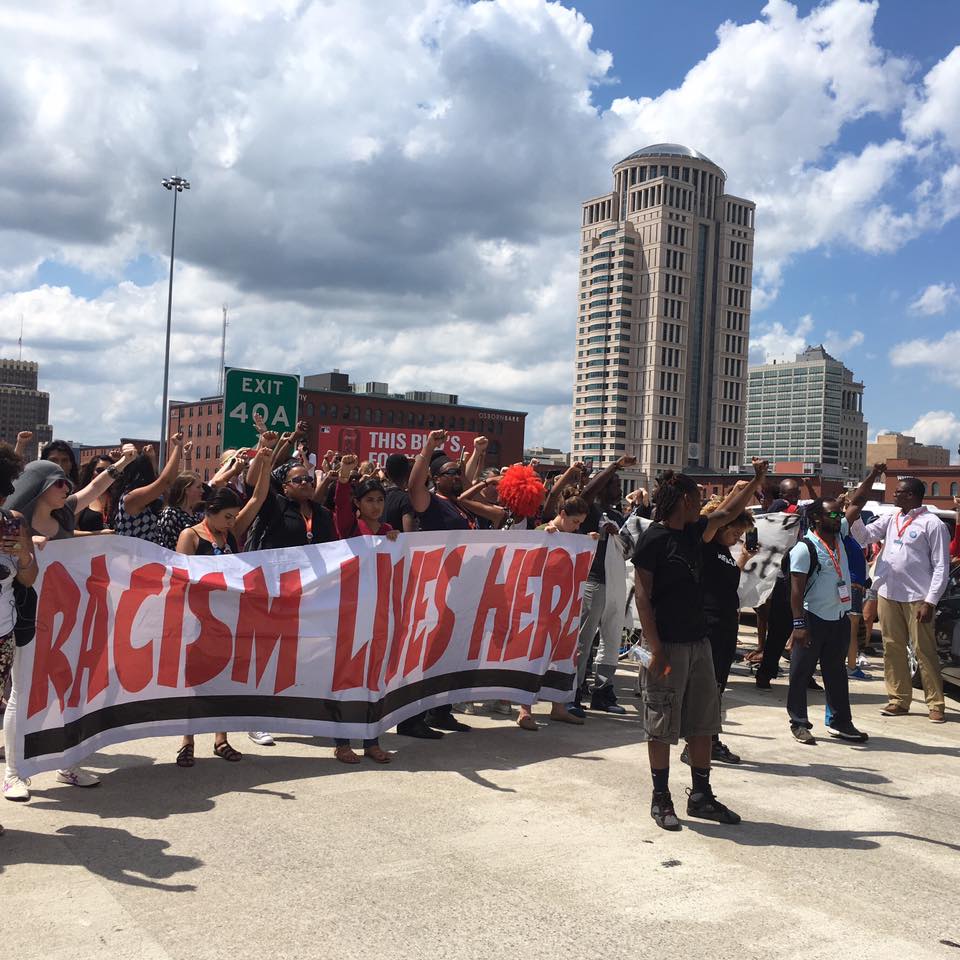 Local and Netroots activists shut down a freeway in St. Louis as part of a commemoration of Michael Brown’s death.

I’m sorry to wrap up an excellent weekend of conversations, organizing, trading stories and action. But the work is not even close to over, so I’m headed back on the road to keep organizing and activating with all of you. We’ll be in contact soon about where to take the amazing lessons we received from Netroots 2016.