Solar Panels Are Not Washing Machines

Solar Panels Are Not Washing Machines 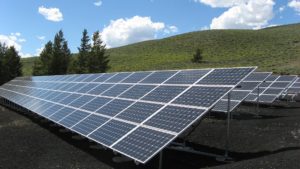 Solar panels and washing machines are an odd couple.

But they were the first targets of what the Trump Administration calls its attempt to protect America from other countries’ unfair trade practices.

For the sake of argument, let’s assume that the Administration is factually correct in saying that China, Korea, and other countries are violating agreed-upon trade rules by excessively subsidizing companies producing those two devices.

And I think we can all agree that, generally speaking, countries that break the rules should be punished.  If nothing else, that deters widespread flaunting of the laws and the resulting chaos.

But, of all the countless goods and services that countries heavily subsidize (the U.S. included), why go after solar panels and washing machines first?

Washing machines I get.

Life, liberty, and the pursuit of happiness for Americans are not severely restricted by jacking up the price of a washing machine whose features and price tag are beyond the wildest dreams of the homemaker of just a few decades ago.

If that’s the price to pay for reinforcing the need to abide by rule of law, so be it. To compensate, I’ll probably just try to coax another year out my washer. That’s ultimately a good thing for my checkbook and environment anyway.

But solar panels are an entirely different story.

The prospects for life, liberty, and happiness-pursuing in a 2+ degree-warmer world will be a lot grimmer for most Americans, to speak nothing of climate change refugees from what are now low-lying areas around the world.

We should be applauding – not punishing — the Chinese and German governments for helping avert such a scenario by subsidizing the manufacturing of solar panels. They’re getting us closer to the goal of 100% renewable energy by 2050.

A more sensible policy would be to buy up as many panels as their companies can produce and get them installed on American roofs ASAP. An even better plan would be to increase the subsidy of research, development, and manufacture of solar panels here at home…instead of phasing out solar tax credits and threatening to defund EPA-sponsored R&D.

I wouldn’t count on the current President and Congress to adopt such a plan.

But states and cities have the ability to offset the solar tariff by creating or increasing subsidies of solar power. They can pay for it via reduced subsidies of fossil fuel and/or increases in carbon-related taxes and utility fees.

Such local policies, usually passed with support from both parties and from both urban and rural residents, have long had the most impact of any government action on the growth in renewable energy production anyway. It’s beyond time to push our local officials to push the envelope again.

And, to our friends in the manufacturing business, how about building a nice, inexpensive solar-powered washing machine?

P.S. No, the washboard-on-a-sunny-patio that my grandmother in rural Pennsylvania used when I was a kid doesn’t count.

P.P.S. If the Chinese government was pouring hundreds of billions of dollars into THE proven cure for cancer and undercutting some American for-profit companies trying to do the same thing, would it really make sense to slap a tariff on the Chinese version of the cure?