Piling It On Port Ambrose

Piling It On Port Ambrose

We’ve been fighting to make sure the proposed Port Ambrose Liquefied Natural Gas (LNG) import facility never sees the light of day for months. Every step of the way, we’ve been lucky to work with a talented, fierce and undeniable coalition that includes Sane Energy Project, Clean Ocean Action, Food and Water Watch, NYPIRG, All Our Energy, Catskill Mountainkeeper and many, many others. Yesterday in Long Beach, Long Island, we began our final stand to press the Maritime Administration (MARAD) and Governor Andrew Cuomo to reject the application of this dangerous and extreme facility. 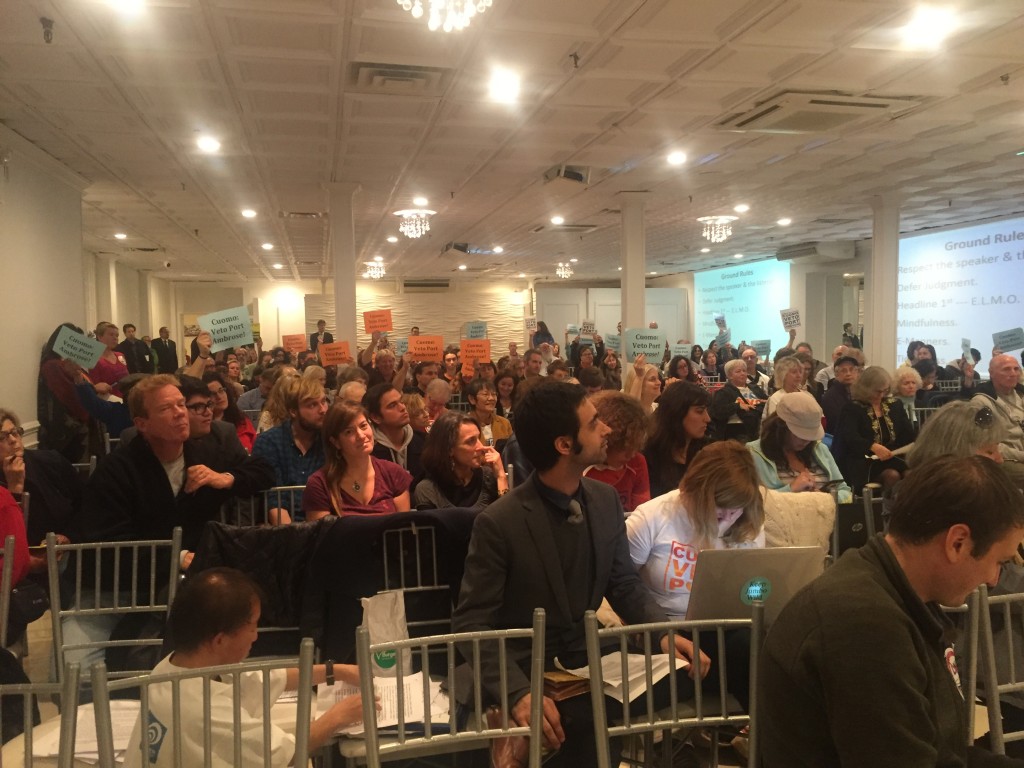 With help from members like you and friends at the Patagonia Foundation, we were able to bus dozens of New York activists to one of the two final hearings before MARAD and Cuomo make their final decision. And it’s safe to say that of the roughly 250 people who attended the hearing, including elected officials and local businesses, most of us are opposed to Port Ambrose.

Testimony ranged from concerns that the project would displace a proposed wind farm that could power 250,000 homes and provide 17,000 jobs, to workers worried that Port Ambrose will only create six full time jobs; To fears that the an unsecured natural gas facility in the middle of Long Island sound is a safety threat, and the Final Environmental Impact Statement (FEIS) is inadequate and in some cases misleading.

I used my testimony to focus on the FEIS, since I’ve prepared these documents before and testified on this one to the new York City Council and other local agencies. I let the panel, which included MARAD and the United States Coast Guard, know that the authors of the FEIS, Tetra Tech, failed the people of New York City and Long Beach. Specifically, the Environmental Justice section of the document does not accurately account for people of color and low-wealth communities that could be adversely and disproportionately impacted. Additionally, I discussed how the document’s Socioeconomics section did not account for the loss if income to the fishing and tourism industries, whose operations could be suspended if the project moves forward. And I let them know that the FEIS is LNG at it’s worst because it’s Languorous, Non-Informative and Grossly Misleading.

Following tonight’s hearing, Governor Cuomo will have 45 days to make a decision. Our coalition will continue to press him to do the right thing and keep additional fracked gas and fracked gas infrastructure out of New York. If you want to get involved, you can leave comments on the FEIS by clicking here, or call Governor Cuomo’s office at 518 474 8390 and urge him to veto Port Ambrose.