Off the East Coast, America’s North Atlantic right whales are beginning to birth this season’s calves.

These are some of the most intelligent and rare creatures on the planet,  but as few as 458 North Atlantic right whales are left on the entire planet.  Just 100 of them are reproductively mature females. And because right whales give birth only once every 3-10 years, only a few of these potential whale mothers will become pregnant.1

The survival of this playful, inquisitive whale species rests on just 100 possible whale mamas — and you. 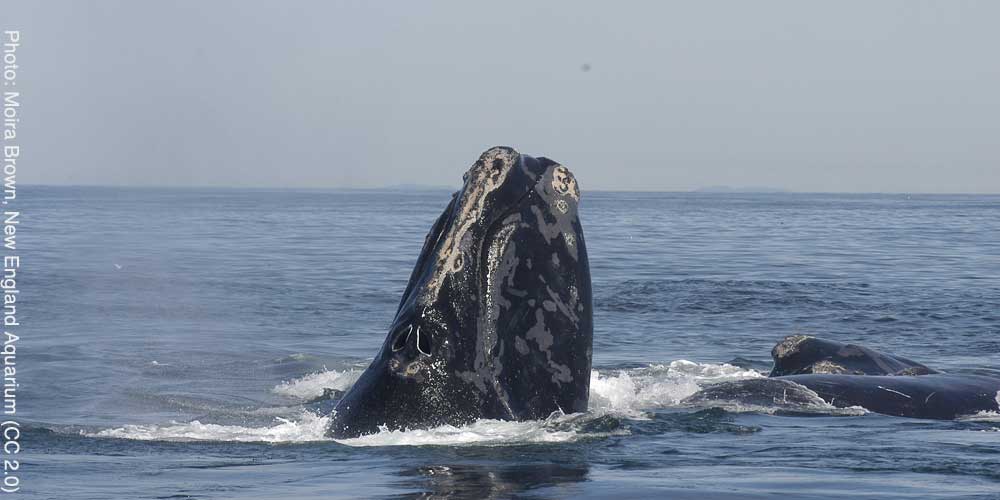 The deafening sound of underwater airguns is one of the major threats to North Atlantic right whales. These airguns register at 220 – 250 decibels, which is louder than the Saturn V rocket during launch. That launch produced one of the loudest, most destructive sounds ever recorded. And right now endangered whales are blasted with noises that are even louder.2

Unfortunately, a new bill up for vote in the House would make room for more seismic blasting, threatening already-endangered right whales and hundreds of thousands of other marine animals.3 The SECURE American Energy Act would weaken the Marine Mammal Protection Act (MMPA) by:

Striking these core provisions could open the door for more seismic blasting in our oceans, threatening North Atlantic right whales and other highly endangered marine animals.

Donate to Help Us Save North Atlantic Right Whales

With your support, Environmental Action can sound an urgent alarm for North Atlantic right whales and champion policies to protect right whales from threats like deafening seismic blasts used in offshore oil and gas exploration, ship strikes, entanglement in fishing gear, and more.

With this year’s right whale calving season now underway — and a dangerous new offshore drilling bill now making its way through Congress2 — our work is now even more urgent. Your #GivingTuesday donation will help save right whales and other imperiled wildlife. Please donate now.

Donate Now to Help Save Whales and the Environment