Yesterday I had the honor and pleasure of delivering nearly 100,000 signatures to the National Headquarters of the Democratic National Committee (DNC). Our demand was simple, but powerful: Focus the Flint Debate this Sunday on Racial and Environmental Injustice.

The coalition, made up of a diverse group of organizations including Color of Change, Daily Kos, Presente Friends of the Earth, 350.org, Historically Black Colleges and Universities (HBCU) Climate Change Initiative, Indigenous Environmental Network, Honor the Earth and others arrived at the steps of DNC just before noon and held a quick rally explaining to onlookers the scope of our demands. Flint, Michigan is not the poster child for racial/environmental injustice, it’s a snapshot for similar situation in cities and on tribal lands all across the country. And that’s why we need to hear from both candidates what they plan to do to address these issues — and we also need a cogent discussion about climate change and how it disproportionately impacts frontline communities of color.

It’s also not too late to sign on – our petition will stay open until right before the debate so there’s time to add your name and help us hit 100,000 signatures before March 6. 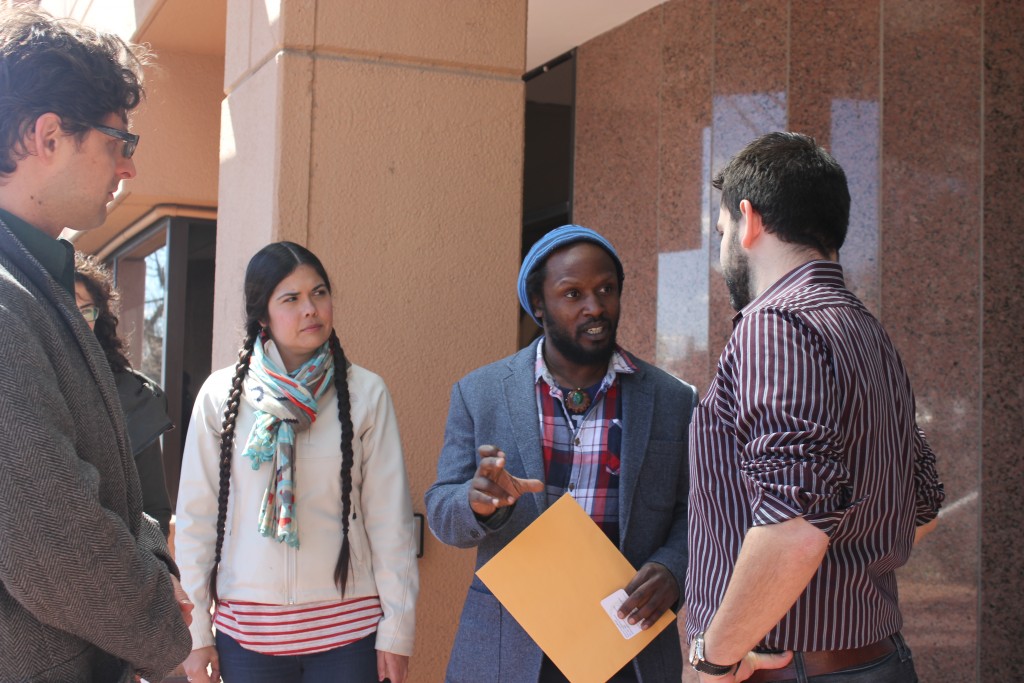 The best part about the event that a DNC communications assistant noticed our event and quickly called her supervisor, Eric Walker, Deputy Communications Director who came out to speak with us. Mr Walker accepted our petitions and spoke with us for close to 30 minutes. He also assured us that Flint was not just being used as a backdrop, that our concerns would be addressed and that the debate will most definitely focus on racial issues that still plague our nation. You can check out our video of yesterday’s event, including excerpts of our discussion with Mr. Walker.

It’s safe to say that we’re on our way to success. Thanks so much to all of you who took action and signed the petition. Share this post on social media and stay tuned for more information about the debate and what’s going on in Flint. I’m headed to Michigan this weekend to report live about all the happenings and try and introduce key members of our coalition directly to the candidates.