Keep It In the Ground Obama!

Keep It In the Ground Obama!

We had a huge victory when coastal communities and nearly half a million Americans (including over 20,000 Environmental Action members) demanded President Obama protect the Atlantic Ocean from offshore drilling. He listened, and took all new Atlantic oil drilling off the table in his 5 year plan for drilling.1

Now, we have another opportunity to stop dangerous drilling plans before they start, but we need to be louder than ever before. Sign here to support us before the deadline on Thursday – then share with your friends! 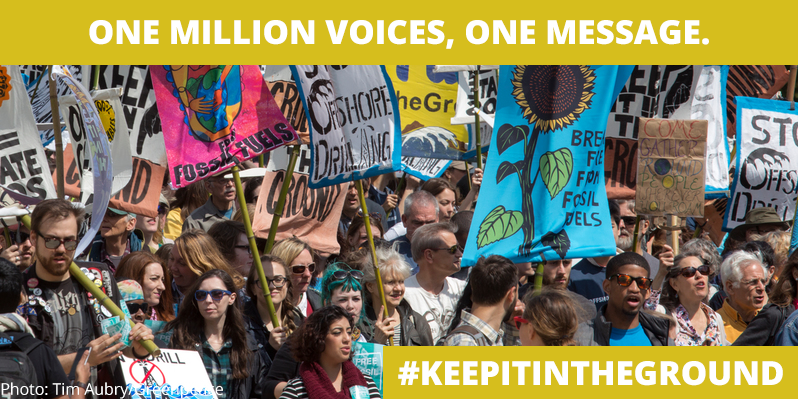 Drillign in the Arctic is a terrible idea — intense cold, rough waters and a lack of cleanup crews make a disastrous spill more likely, and harder to clean up. The oil in the Arctic wouldn’t even be possible to access for Big Oil companies if global warming hadn’t already melted so much sea ice and extended the warm-season.2 Which is probably why Obama previously nixed Shell’s disastrous plans to drilling the arctic, and is now rumored to be leaning against new Arctic leases in this 5 year BOEM plan.3

But the vast majority of new oil drilling BOEM is considering is in the Gulf of Mexico – 10 out of 13 remaining leases, in fact.4 This region has been used as a pollution sacrifice zone for decades. From Keystone XL’s southern leg to new oil and gas export facilities, too often the Gulf of Mexico gets the drilling, spilling and pollution of the oil and gas industry. To add insult to injury, companies like BP, Exxon and Shell can often lease public lands like the ones BOEM is proposing to auction in this plan for as little as $2 an acre.5 And local communities including the United Houma Nation and Biloxi-Chitimacha-Choctaw are on the verge of paying the ultimate price for decades of oil drilling and neglect: their land, their homes and their way of life.6 Enough is Enough!

Now, we have another opportunity to stop dangerous drilling plans before they start, but we need to be louder than ever before. Sign here to support us before the deadline on Thursday – then share with your friends!

Drew and the Keep it In the Gulf crew at Environmental Action.

PS – If you can, please also chip in $15, $25, or whatever you can afford to help us fight to stop ALL offshore drilling – in the Arctic, in the Gulf, the Atlantic AND the Pacific.