The energy industry gets the ultimate Get-Out-Of-Jail card for “accidentally” killing millions of birds each year, including baby owls and other beloved birds. 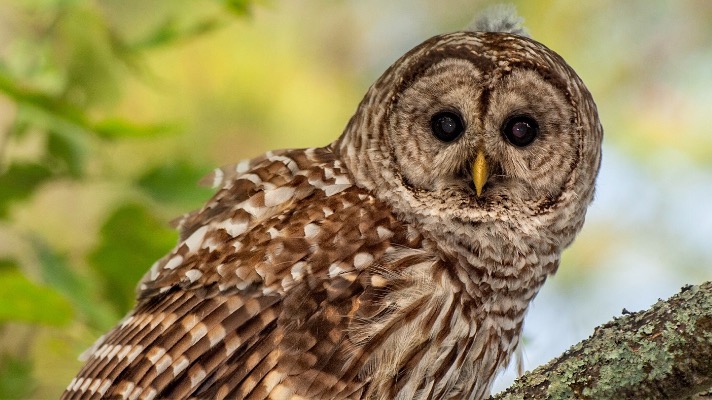 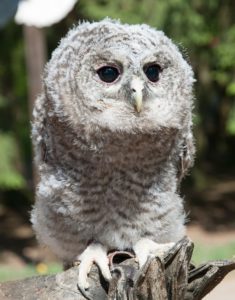 The perp has confessed to all the grisly details. He burned down his barn, despite knowing that some baby owls were nesting inside. He needed the space to put up a new oil rig, he explained. While it was too bad about the owls, there was nothing he could do about them. It was his property and he was free to do whatever he wanted with it.

Now imagine taking the evidence to your new boss. “It’s a slam dunk case,” you say. “Big fines, maybe even some jail time.”

“Not so fast,” says the prosecutor. “Was the perp’s main objective to knock off the birds?”

“Were they under any special legal protection, like bald eagles?”

“Not that I know of. They were pretty ordinary, just looking for some shelter on their way through.”

“Well, then,” he explains. “I’m sure it was just an accident. Drop the case and tell the guy I hope he gets a gusher.”

That, in a nutshell, is what the Interior Department has just told fish and wildlife law enforcement officers is the new modus operandi:

“The take [killing] of birds resulting from an activity is not prohibited by the Migratory Bird Treaty Act when the underlying purpose of that activity is not to take birds,”

To grimly illustrate the rule, the guideline says that a person who destroys a structure such as a barn, knowing that it is full of baby owls in nests, is not liable for killing them. “All that is relevant is that the landowner undertook an action that did not have the killing of barn owls as its purpose.”

It used to be that, if someone killed a migrating bird, they could be prosecuted for negligence. As 17 former top officials in federal wildlife agencies, who served every President since Carter, wrote to Interior Secretary Ryan Zinke earlier this year, “take” has long meant “kill”, no ifs, ands, or buts.

But now, the Trump Administration is saying it’s OK to kill as many birds as you like, so long as your main objective isn’t bird-killing.

Talk about your Get-Out-Of-Jail-Free cards!

One of the main beneficiaries of the new rule is the energy industry.

The U.S. Fish and Wildlife Service has estimated that 500,000 – 1,000,000 birds are killed annually in the United States after landing on fluid-filled waste pits at oil and gas production operations. Many more die by running into transmission lines.

Most of these deaths are preventable, For example, drillers can use closed containment systems, put nets over open pits, or eliminate pits entirely.

Some companies are doing the right thing. But these measures cost money that, all things being equal, many don’t want to pay.

Right now, there isn’t much hope that the Trump Administration will change course. The guideline from the Interior Department was a poke-in-the-eye to its former leaders and the tens of thousands of citizens who urged Secretary Zinke to oppose the proposal.

Our best bet now is to educate the public about the situation and urge the energy industry to do the right thing. As I write this, 29,000 people have already signed Environmental Action’s petition to the oil and gas industry’s trade association, asking it to pledge to reduce bird deaths by 50% by 2020.

You can support this and other campaigns for wildlife and environment. Donate now.

That’s just a first step, though.

What’s needed in the long run is a solution to a conundrum worthy of Sherlock Holmes: The Case Of The Skewed Priorities.

Right now, too many politicians and corporate leaders, regardless of partisan persuasion, are getting away with blithely dismissing the mass killing of geese, robins, and cormorants — and all other wildlife and wild places — as necessary collateral damage in a struggle to produce stuff we humans often don’t really need.

You and I can crack that case by giving a hand to the hamstrung cops on the environmental beat.

A lot of baby owls will be eternally grateful for your help.