By Environmental Action Comments Off on Help monarchs: Stop deforestation in Mexico 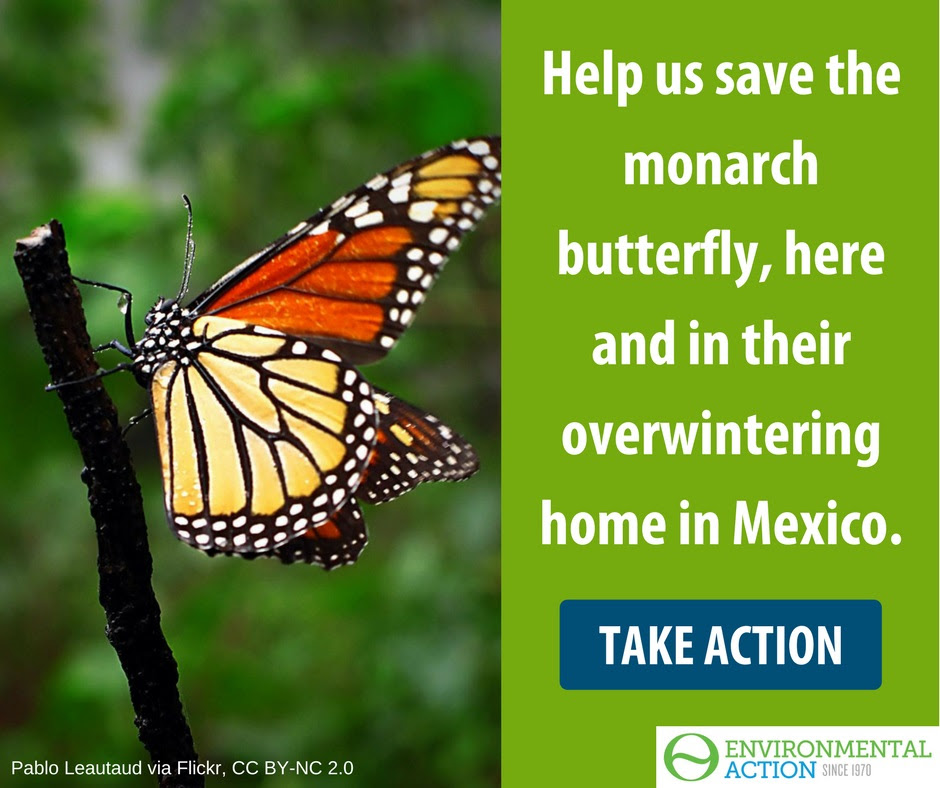 Take action for monarchs around the world here.

Monarch butterflies are at risk around the world.

Monarch butterflies are an invaluable part of our ecosystem. Colored like orange stained glass windows, monarchs enliven our skies each year during their magnificent journey across the United States to their overwintering homes in southern California and Mexico.

But monarch butterflies are at risk. We’ve lost 90 percent of monarch populations since their peak in the mid-1990s, according to the Fish & Wildlife Service.1 From climate change to pesticides like Roundup, monarchs face a variety of risks that require action here in the United States.

Meanwhile, deforestation in Mexico is leading to monarch overwintering habitat loss. To save the monarchs, we need to take action both here and in Mexico. That’s why we’re standing with the communities in Mexico, and around the world, that are asking for an end to illegal logging practices in monarch habitats.

Monarchs at risk in their winter home in Mexico

In Mexico, it’s managed by the Secretaría de Medio Ambiente y Recursos Naturales (SEMARNAT), which is their equivalent of the EPA.

The problem? Although SEMARNAT has laws that ban logging, researchers have found several instances of illegal logging activity in the reserve, including in one of the principal monarch habitats, the Sierra Chincua.2,3

How you can help monarchs around the world

Monarchs typically begin their 2,000 mile migration in the fall, will mate in their overwintering homes, and will return north to lay their eggs in milkweed plants in the spring.

We know that protecting monarchs is incredibly complex. Scientific research notes that it is difficult if not impossible to determine a single action that could turn around the monarch population decline.5

That’s why we need to do everything we can to save monarch butterflies, here and in their overwintering habitats in Mexico.

We cannot save the monarch butterflies through action in the United States alone. We need to show SEMARNAT and Mexican environmental authorities that there is widespread international support for protecting these amazing creatures.

Stand with communities in Mexico, and around the world, to stop logging in the reserve, and save monarch butterflies.