It was seriously cold in New York City last night. So cold that I swear I saw a tauntaun run across Rockaway Boulevard on my way to the hearing for the proposed Port Ambrose LNG Import facility. Nonetheless, a coalition of fractivists including Surfrider Foundation, Sane Energy Project, Food and Water Watch and New Yorkers Against Fracking brought the heat to Queens. We were there to air (pun intended) our concerns about this facility and demand that Governors Cuomo and Christie veto its construction. 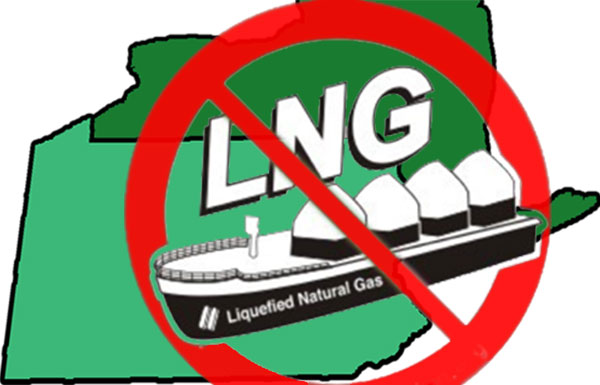 Briefly, the Port Ambrose LNG Import facility, as proposed, would be an offshore deepwater port located approximately 19 miles off the coast of New York and used to import fracked gas from various location across the country and the world. Almost 1,000 Environmental Action friends and supporters have signed on to a local petition opposing the planned facility.

Undeterred by the Hoth-like temperatures or the peculiar location of the hearing, which was at the only place in New York not easy to access by public transit, opponents of Port Ambrose arrived, literally, by the bus loads. The mood was immediately set by the Surfirder Foundation sponsored Press Conference, which took place before the hearing and included statements from elected officials who represent New York City, Long Island and New Jersey. The momentum seamlessly carried over into the hearing where I estimated  there were 10 opponents of fracked gas for every proponent, if not more.

Concerns ranged from safety, to the disturbance of threatened and endangered species who habitate the area, to the fact that this project would prevent construction of alternative energy sources like wind and solar, to fears that while the facility is proposed to import fracked gas, it could easily be converted into an export facility, both of which would increase fracking. 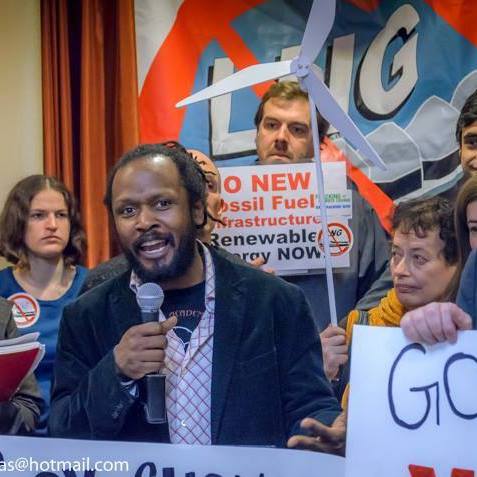 My job at the hearing, as Environmental Action's representative and a New Yorker was to point out that the Draft Environmental Impact Statement has more holes than the New York Knicks' perimeter defense. Or is it the New York Giants rush defense? Either way, you get the point.

While I agreed with most of the concerns that were raised, something struck me while I listened. Many of us are still celebrating Governor Andrew Cuomo's decision to ban fracking in New York. But as a New Yorker I realized that we can't stop there, we have to be good neighbors to our friends in Pennsylvania, Maryland and everywhere they continue to fight fracking.

New Yorkers are great neighbors: we share two of our football teams with New Jersey. New Yorkers lent a hand to New Jersey after Superstorm Sandy and to Vermont after Hurricane Irene. We even allow New Jersey Transit trains to utilize New York Penn Station (just kidding Jersey friends, we love you). How would it look if we banned fracking here in New York, but treat other states like District 12 from the Hunger Games and import fracked gas that destoys their communities, their air, water and health.

As my friend Karen Feridun, founder of Berks Gas Truth, put it:

"LNG at Port Ambrose equals more fracking in Pennsylvania. Governor Cuomo must do the right thing and say NO to the Port Ambrose LNG facility. He listened to the science when he made his historic decision to ban fracking. Much of that science came from Pennsylvania, from communities that cannot take any more of the damage fracking brings with it, communities that are just as deserving of a clean, healthy, and safe environment as any community in New York."

I don't think that anyone could say it better. The Port Ambrose LNG facility is not just about New York and New Jersey, it's about Pennsylvania, Maryland and anywhere else that is being fracked to death. We always hear about a sense of interdependence when it comes to the natural environment. Port Ambrose is an amazing opportunity to evoke a sense of interdependence with our activism.

We can ban fracking outright and realize a healthy future together, cohesively and in the full essence of symbiosis in New York, Pennsylvania and California (yes Governor Brown, we plan on having a discsussion with you VERY soon). That's why I am fighting to stop Port Ambrose, and I look forward to joining forces with other fractivists in New York and across the country to prove that Frank Sinatra was right: If we can stop fracking here, we can stop it anywhere…or something like that any way.