By Environmental Action Thneeds Comments Off on February’s Thneed Trophy goes to: Plastic bottled water from your local water source. 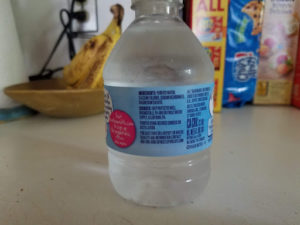 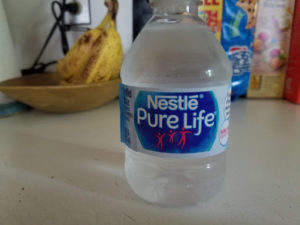 It’s bad enough for the environment that more than 400 billion plastic bottles will be used this year for water. It’s even worse that 70 percent of those sold in the U.S. won’t be recycled. The rest end up in landfills or in tiny pieces scattered across land and water, where they’re unwittingly and often fatally consumed by sea turtles and other animals. (“Microbeads” even end up in our beer, but that’s too disturbing to contemplate right now.)

But it’s beyond absurd when the bottled water — sold to you by a multinational company such as Nestle — comes from your own town’s water source. Imagine paying a buck for virtually the same water that comes out of your tap for next to nothing.

Well, millions of Americans, much to their surprise, are finding that to be the case when they read the fine print on their bottled water labels. Sixty-four percent of the bottled water sold in this country comes from municipal water supplies. In places such as my birthplace of Allentown, PA, that water is being sold right back to the people whose taxes pay to pump and treat the water, at up to 2,000 times the cost.

So for piping drinking water from Allentown’s water company to a nearby bottling company, doing a few probably-unnecessary water quality tests, adding “a light blend of minerals” for a “distinctive, refreshing taste,” putting it in plastic bottles that it touts as “recyclable” (knowing that most of them will wind up in a garbage can), trucking them to Allentown-area stores (and locations much farther away) to be bought for jacked-up prices by people who mostly drove to pick them up, Nestle and its fellow bottled water sellers have earned the Thneed Trophy for February 2019.

Hat tip to my father for showing me the fine print on his water bottle.