By Environmental Action gray wolves, wolves Comments Off on Did you know this about wolves?

Wolves are featured in countless fairy tales — often as a frightening villain. For some, the “big bad wolf” is the only frame of reference they have for what wolves are like.

But what are wolves really like? It’s time to put the myths aside and get the facts on gray wolves. 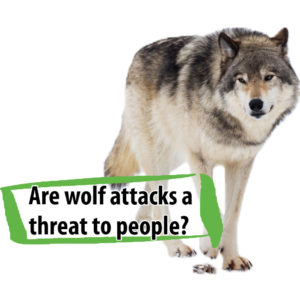 Myth: Wolves are dangerous to humans.
Fact: Wolves are wary of humans, and with their keen hearing and smell they are very good at avoiding people, buildings and roads. Attacks are extremely rare. In the 100-year period between 1900 and 2000, there were no documented cases of wolves killing a human in North America.1

Myth: Wolves live in packs defended by ferocious “alphas.”
Fact: The idea of highly structured wolf packs led by “alphas” that fight their way to the top is based on research that was done on captive wolves. We now know that wild wolves in their natural state do not structure their packs this way. Instead, wolf packs are typically more like our own families: A pair of wolves and their offspring living together.2 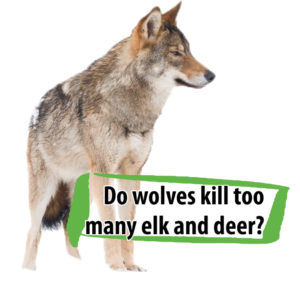 Fact: Right now, we associate wolves with places like Yellowstone National Park and far northern forests in Canada, but the truth is that gray wolves once roamed from coast to coast in the United States. The historic range of wolves covers every U.S. state except Hawaii, and habitats from cold forests to windy plains to dry deserts.3

Myth: Wolves kill too many elk, deer and other prey species.
Fact: Wolves don’t destroy these prey species’ populations — they actually help to stabilize them! When wolves returned to Yellowstone National Park, the elk population there became more stable and resilient because wolves helped to thin out weak and sick animals.4 Wolves kill to eat, not for fun: They bring balance. 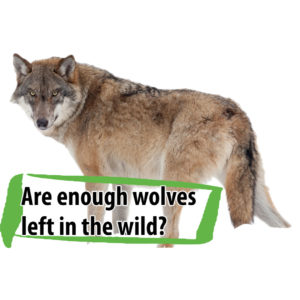 Myth: There are plenty of wolves in the wild right now.
Fact: There were only an estimated 6,000 wolves left in the Lower 48 states as of 2020.5 Since then, wolves lost their Endangered Species Act protection and deadly hunting expanded in states like Wisconsin, Montana and Idaho. The wolves we have left need our protection to help their population grow and thrive.

By combating common misunderstandings about wolves, we can help build more support for the vital task of wolf conservation. We all need to raise our voices to ensure that wolves will be safe to live and thrive in the wild places of the U.S. for centuries to come. Thank you to all of our supporters for being a part of our work to save wolves, other wildlife and wild places we cherish. You help make it all possible.