COALiton Faces Off With BLM in Seattle

COALiton Faces Off With BLM in Seattle

Yesterday a coalition of climate activists that included concerned teachers and parents, representatives from the Yakima Nation and other Native Tribes and elected officials attended a hearing hosted by the Bureau of Land Management (BLM) to discuss the future of the federal coal program. It was clear that the majority of the people in attendance advocated for the shut down of all federal coal leases on the people’s land. 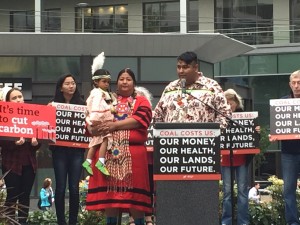 Prior to the hearing, a rally arranged by Sierra Club and their “Beyond Coal” program took place where adiverse group of speakers shared their views on why it’s necessary for the extraction and burning of coal to cease immediately, if our nation is serious about adhering to the agreements made during the COP21 Global Climate summit last year. One of the more touching and powerful moments came when members of the Yakima Nation discussed how coal extraction is a direct threat to their way of life, their ability to fish salmon and to their sovereign territory. They concluded their remarks by treating us to spiritual song.

I was particularly impressed by the remarks of my new friend and Seattle City CouncilMember Kshama Sawant. Ms. Sawant is one of the few sitting socialists on any municipal or elected office and she was very direct about the need to end the fossil fuel era once and for all. Councilwoman Sawant also discussed the need for a just transition and for our movement to show empathy for workers who will be displaced from fossil fuel jobs and called for increased training and education opportunities for these workers as coal jobs continue to be lost, and the coal industry continues to falter. 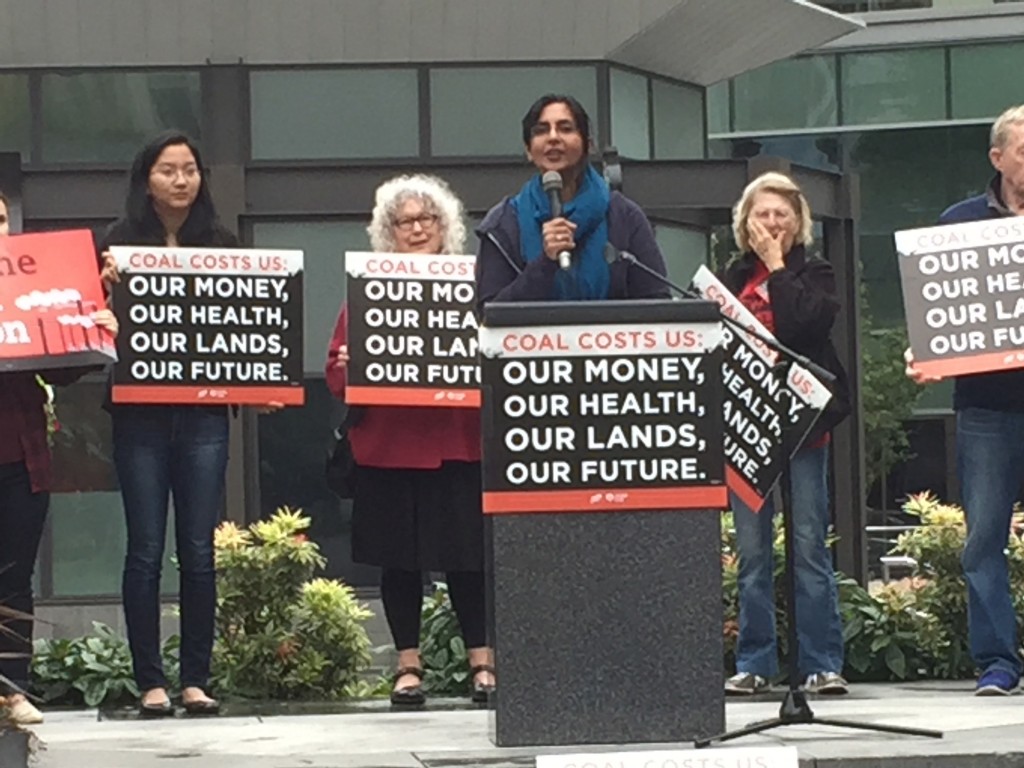 There were two troubling aspect of the day for me. First, the large number of citizens from Wyoming who flew to Seattle, my new hometown, to plead for the BLM to continue coal leasing under claims of financial stability and the ability for families to continue making a living to care for their children. But these citizens seemed to have no concern for the public health and safety for the families, the frontline communities and the communities who are perpetually threatened by the “Coal Trains” that traverse them daily. I even asked one of the pro-coal citizens from Wyoming if she ever heard the term “just transition.” When she said she hadn’t a light went off above my head.

The bottom line is this: coal is experiencing a death knell as we speak. In the last year, three states, North Dakota, West Virginia and Wyoming have lost a combined 43,200 coal-related jobs. And this year, we saw the world’s largest private-sector coal producer, Peabody Coal, file for bankruptcy. I am not a huge fan of capitalism and believe Naomi Klein and many others are correct in their assertion that this form of finance directly contributes to climate disruption. Which leads me to the second troubling aspect of the day for me.

In BLM’s Notice of Intent (NOI) to prepare a Programatic Environmental Impact Statement (PEIS) for the coal leasing program, the majority of the discussion was dedicated to the financial implications of continuing coal leasing. The NOI seemed to be promoting the continued need for coal, despite the fact that it continues to demonstrate itself to be an industry that is neither economically or environmentally viable. Capitalism, with all its faults, still dictates that the markets are the ultimate master and a laissez faire approach is what’s best for the economy. But despite the fact that the markets are telling us that coal is on its way out, BLM seems to be in defiance of this reality.

Whatever the outcome and eventual PEIS that is produced, you can be sure that the people of Seattle, Washington State and the rest of the nation will not go away quietly. Direct Action has caught fire in an effort to keep our planet from burning to the point of becoming inhabitable, and this region of the country has already proven a willingness to use a diversity of tactics to fight for our future. Stay tuned for more information on this issue.