Last week I delivered 100,000 petition signatures to the Democratic National Committee with friends from Color of Change, Daily Kos, Climate Hawks Vote, Friends of the Earth, Honor the Earth and the HBCU Climate Change Initiative. I must admit that I was skeptical. Even after we spoke with the DNC’s Deputy Communications Manager, who gave us assurances that Flint was not just being used as a backdrop, my skepticism remained. Even after Tara Houska, from Honor the Earth, and I spoke with a representative from CNN, who actually called us to ask for some questions and ideas, I was excited, but skeptical. I still heard this voice in my head that said, “don’t get too excited, we’ve been down this road before.”

We’ve seen before that the DNC, CNN and Anderson Cooper failed to ask the tough questions on racial, climate and environmental justice. We’ve been working on this since the first debate, and in some cases we even received assurances (after flooding Twitter accounts) that questions about climate change would be asked. But in the end we were let down like a kid who did not get that Christmas present they awaited all year. So despite all the amazing work and reaction of the previous week, as Sunday rolled around I knew there was only one way to find out if our questions would be asked: Head to Flint to see the debate live and in person. 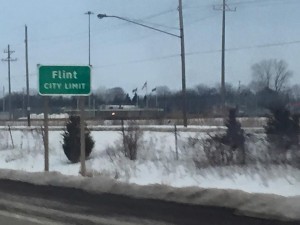 The debate started with a bang as the people of Flint were anxious to hear from both candidates about the water crisis and what a future President could do to prevent similar scenarios. Senator Sanders repeated his calls for Gov. Rick Snyder to be removed from office, and Secretary Clinton joined him for the first time since the primaries began. After the debate I had the opportunity to speak with Flint Mayor Karen Weaver. She explained her plan to start a national network of cities who are experiencing environmental racism and neglect from State governments. 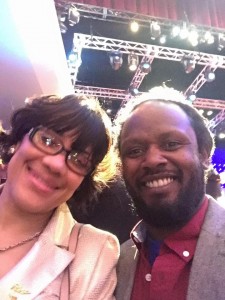 But after a few opening statements on #JusticeforFlint, the debate veered away from its focus on environmental justice — in fact, the word racism was not even used by either candidate nor the moderators. Just as I was thinking to myself that we got fooled again — it happened, an actual question on race, as a matter of fact it was one of the questions submitted by our coalition. Don Lemon asked Secretary Clinton if she regretted referring to young African Americans as “super predators” and if she believed that the crime bill she supported in the 1990s, which led to disproportionate incarceration rates for People of Color was a mistake. For the most part, Clinton seemed to dodge the question, which led to a follow up from Lemon.

“Ok,” I thought, “at least one of our question’s was asked. But what about clean water, climate change, or the disproportionate impacts of both on communities of color?

One of the next questions not only defined the debate, but the race for President. And it certainly was my favorite part of the evening. A young African American woman asked for the candidates’ positions on fracking.

Secretary Clinton responded first by laying out a serious of conditions where she opposes fracking. They include “when any locality or any state is against it,” “when the release of methane or contamination of water is present,” and “unless we can require that anybody who fracks has to tell us exactly what chemicals they are using.” While stopping short of an outright ban (as called for by Environmnetal Action members in countless online petitions and rallies in the streets) that’s a big departure from Clinton’s previous policy. In the 2014 National Clean Energy Summit she seemed to suggest that there is a safe way to frack.

Senator Sanders had a much more terse answer, “No, I do not support fracking.” Sanders then shifted the discussion to climate change overall, saying, “climate change does not get enough attention in the media.” When Anderson Cooper followed up, Sanders went on to say that Democratic Governors who support fracking are wrong. Our friends at Grist.org prepared an excellent video of the exchange.

Both candidates then proceeded to compare and contrast each other’s climate change plans, competing to say whose was more comprehensive and realistic. I was so excited that there was a discussion on climate change, on fracking and even on disproportionate siting of toxic pollutants in communities of color!

CNN and the DNC had truly gotten our message and taken it seriously. As a bonus, I got to meet two of my heroes, Dr. Cornell West and actor/climate activist Mark Rufallo after the debate. They agreed that fracking and climate change would be key issues moving forward — and they congratulated members like YOU on our efforts to bring these issues to the forefront.

Not everything was perfect. I was disappointed that there was no discussion about Native Americans and the environmental impacts they face all across the country: From the ongoing tainted water resulting from the Animas River mine spill, to treaties with sovereign territories that have been broken by fracking and the placement of toxic facilities. Native American issues are still largely absent from the Environmental/Climate Justice discussion; and this is something that must be addressed moving forward. 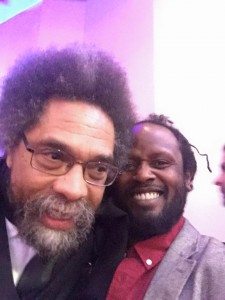 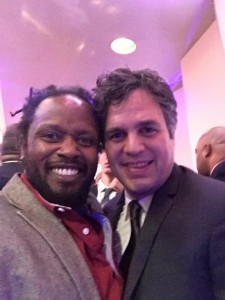 Following the debate I headed back to my hotel and sure enough, bumped into the man himself, Mr. Anderson Cooper who was enjoying a post-debate drink with some colleagues. Mr. Cooper was very affable and accepted my gratitude for discussing race, climate and fracking during the debate…and yes, he even gave me an autograph. 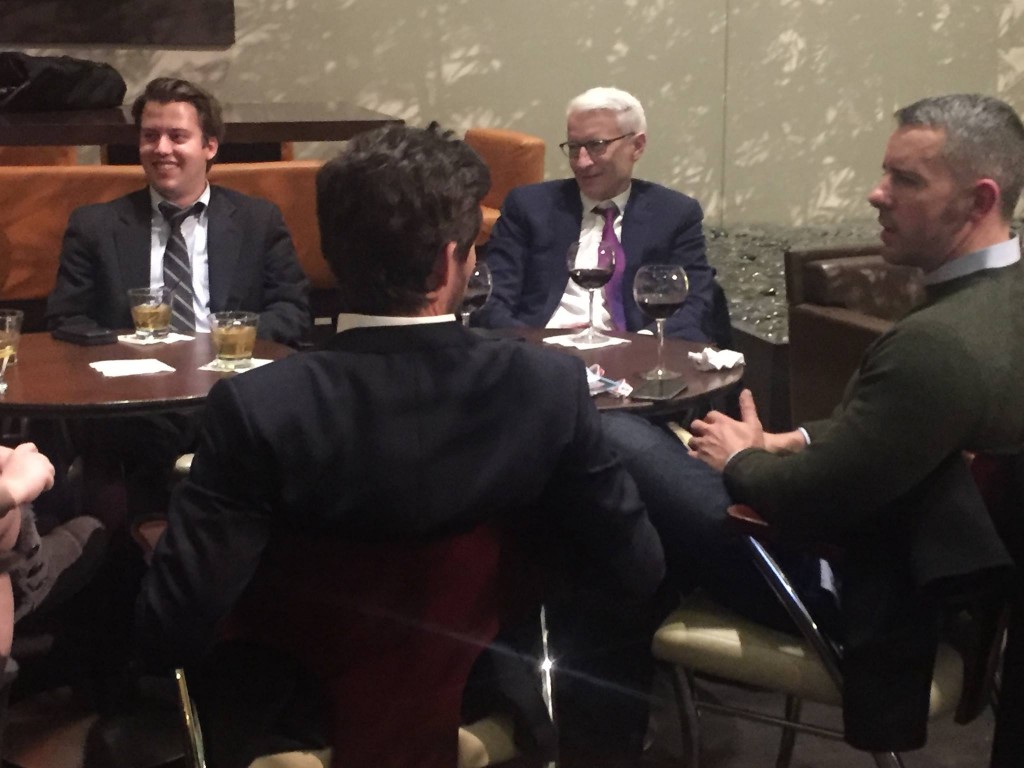 Click here to re-watch the debate and tweet Mr. Cooper and CNN to thank them for discussing climate and racial justice. Thanks to everyone who sounded off and help make our campaign to shape the debate such a success. There is another debate coming up this week, so stay tuned for more information about how you can forward your questions so that we get even more moderators to ask about climate and race in America.