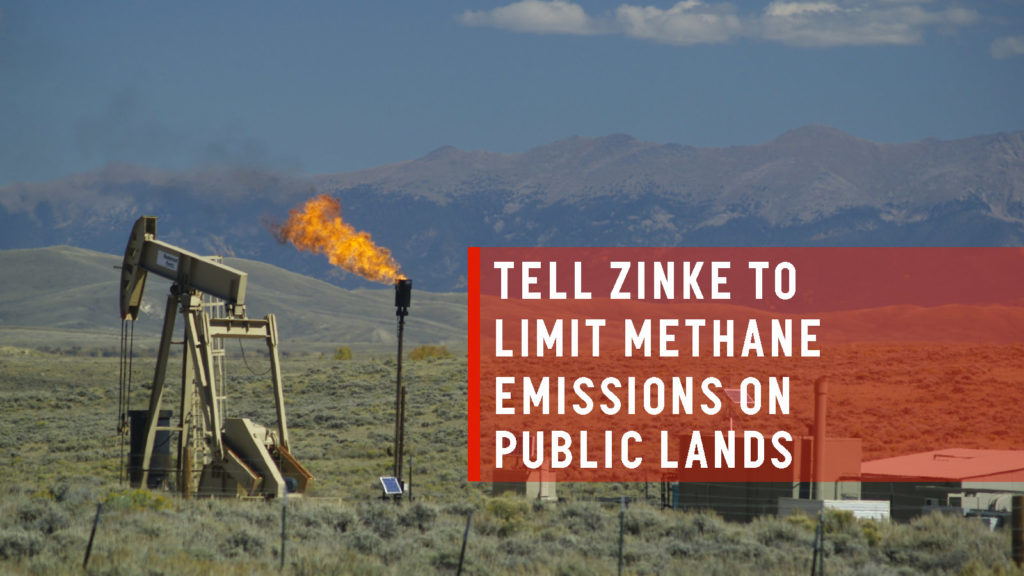 The Trump administration is once again making moves to repeal the rule restricting methane emissions that accelerate climate change.

The rule would require oil and gas companies to capture methane leaks, which would reduce 180,000 tons of the emissions per year (equal to eliminating 950,000 cars on roads).

The Bureau of Land Management (BLM) is taking comments on their plan to eliminate important protections against methane pollution. Together, we defeated this toxic plan before and together we can defeat it again.

Last spring, the Senate voted 51-49 against an attempt to repeal the rule that would have prevented similar protections against fossil fuel emissions in the future. Special thanks to Sen. John McCain, who cast the unexpected deciding vote to keep the protections in place.

Methane emissions from oil and gas drilling are a big contributor to climate change. Which is why these protections were designed to limit emissions to protect our climate, health and environment. This rule is a fundamental step toward lowering harmful greenhouse gas emissions from fossil fuel production.

Thank you for taking Environmental Action,

Sally and the Environmental Action team