By Environmental Action Thneeds Comments Off on Billboards in Space? The April Thneed Trophy Winner 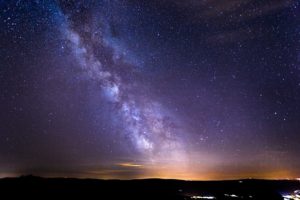 Traditionally, Environmental Action’s Thneed Trophy is awarded to a product or service that, in the spirit of Dr. Seuss’ invention in The Lorax, is “something that everybody wants, but nobody needs” and that’s bad for the environment.

But this month’s winner is something that very few people want, nobody needs, and would blight a part of the environment most people wouldn’t dream could be ruined.

The Trophy goes to StartRocket, a Russian company that plans to launch billboards into space, starting in 2021. Yes, for just $20,000, logos for the highest-bidding corporate brands — formed by a matrix of thousands of tiny satellites three hundred miles up — will add to humanity’s enjoyment of the marvelous night sky . . .or so the company promises.

It’s unclear which element of the story is the screwiest.

Maybe it’s the company’s belief that the public will agree that “With the best brands our sky will amaze us every night.” My bet is that, instead, hundreds of millions of people around the world will boycott any company that dares to deface the view. (Pepsi has already backed off its plan to be the first in line, after just one day of criticism.)

Maybe it’s the website’s touting Andy Warhol’s infamous (and probably tongue-in-cheek) line that “The most beautiful thing in Florence is McDonald’s” to justify forcing the whole world to see corporate ads in the sky.

Or that StartRocket wants its first billboard to symbolize a “campaign against stereotypes and unjustified prejudices against gamers.”

Or its belief that urban air and light pollution will clear up enough in the next two years for much of the population to clearly see the billboards.

But, perhaps, the craziest aspect is that, as best as anyone can tell, it’s completely legal right now.

So, if you want to keep at least one part of our world free from invasive advertising, call on your member of Congress to support a law preventing any company that uses space billboards from getting federal funds or tax breaks. (Maybe Sen. Ed Markey (MA) — the chief sponsor of the “Space Advertising Prohibition Act” proposed in 1993 — will resurrect and expand that bill, which banned U.S.-launched rockets from carrying space ads.)

Get ready to look for alternatives to products sold by any company that disturbs our view of the stars.

And, on the extremely off chance that you have a good connection with Vladimir Putin, please ask him to ground his citizen’s idea for good.