Big Win For Wolves At The Federal Level

Big Win For Wolves At The Federal Level

By Environmental Action congress, gray wolves, wolves Comments Off on Big Win For Wolves At The Federal Level

This March, we celebrated when Congress took some of the most dangerous anti-wildlife riders out of its omnibus spending bill. Now, we’re doubling down on our efforts to protect wolves in states, including Wyoming and Oregon. 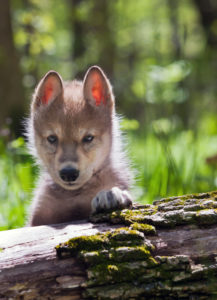 Then, in March, Congress released its omnibus spending bill, which didn’t include riders that would have erased protections for wolves and gutted the Endangered Species Act. These were some of the most dangerous anti-wildlife proposals we’ve seen. To everyone who called Congress, and the tens of thousands of you who emailed your senators—thank you for stepping up and taking environmental action. You made this victory possible.

The proposed anti-wildlife riders would have erased protections for gray wolves around the Great Lakes, opening the door to hunting and trapping them by the hundreds. Other riders would have declared red wolves extinct, ended a crucial recovery program, and gutted the foundation of the Endangered Species Act by erasing protections for more than 900 species. All told, these riders would have been absolutely devastating, pushing wolves and other wildlife to the brink of extinction. But thanks to the efforts of Environmental Action supporters and others across the country, they’ve been taken out of the current omnibus bill.

During the week before the vote, we stepped up our organizing—in that week alone, Environmental Action supporters sent more than 25,000 emails to Congress, called their senators, and got
friends and family to take action, too. These powerful messages convinced Congress to do the right thing for wolves and other wild creatures.

But there is still more work to do:
• There are other standalone bills in Congress that would erase protections for wolves;
• States like Wyoming and Oregon, where wolves have already lost their federal protections, are killing a heartbreaking number of wolves each year;
• Public lands and waters, home to so many endangered species, are still at risk.

This year alone, we’ve sent tens of thousands of messages to the governors of Oregon and Wyoming, urging them to stop wolf hunts in their states.

But this federal victory makes it clear: When enough of us come together to take action, even in a tough political climate, we can make change happen for wolves, wildlife and our planet.