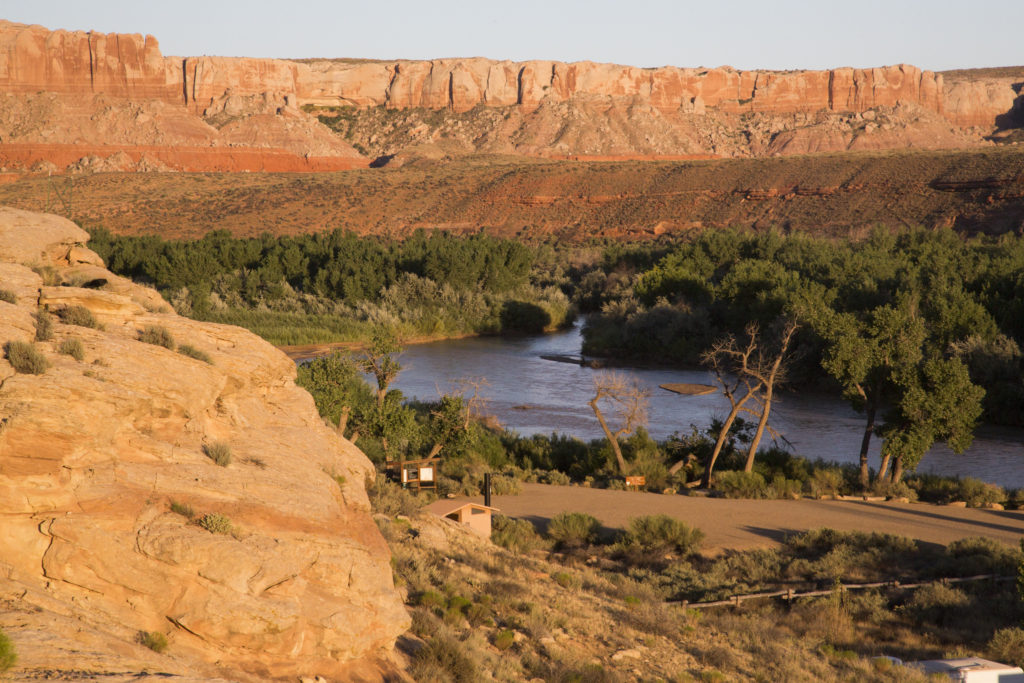 Zinke heads the US Department of the Interior, and last week he toured Bears Ears National Monument, one of country’s newest national monuments. [1]

During the tour, Zinke had the chance to visit ancient and sacred Native American sites. He could take in the monument’s stunning vistas and awe-inspiring geological and historical features. And he may even have seen some of the mountain lions, bighorn sheep, black bears, and other wildlife that makes its home within the boundaries of Bears Ears. [2]

Ryan Zinke just experienced one of America’s most gorgeous and enchanting places — but it is a unique and beloved place he may soon open to more destructive oil and gas drilling and other harmful development and exploitation.

Now the Secretary only has until June 10 to decide whether or not to reduce or eliminate protections for Bears Ears that were established late last year by former President Barack Obama. Nature-loving Americans have even less time to weigh in on the fate of Bears Ears — The Interior Department has requested all public comments before May 26! [4]

Rushing the comment period is disrespectful of public opinion. The monument review itself could lead to far more damaging and lasting consequences — for this special place and what it says about how we treat our natural heritage.

President Trump has been clear about his vision for Bears Ears, promising that his administration will “free it up, which is what should have happened in the first place.” [5] The vision directly aligns with the president’s push to promote more oil and gas drilling on public lands [6] — a move that could lead to more dirty drilling, disruptive road building, and destruction of important wildlife habitat within what is now Bears Ears National Monument.

National monuments like Bears Ears are supposed to protect lands and waters that are an irreplaceable part of the American story — not allow them to be scarred beyond recognition for generations by private development and the extraction of fossil fuels. That’s why Environmental Action has launched a national campaign to protect Bears Ears and other national monuments.

I hope Secretary Zinke enjoyed his time at Bears Ears National Monument. Now let’s make sure the rest of us can enjoy the natural beauty of this amazing place too someday.

How You Can Help Bears Ears

[5] “Trump orders review of national monuments, vows to ‘end these abuses and return control to the people,’” The Washington Post, April 26, 2017.