Are we willing to save elephants?

Are we willing to save elephants?

As you’re reading this, the International Wildlife Conservation Council — created by Interior Secretary Zinke shortly after the Trump administration reversed the ban on elephant hunt trophies — is having its second public meeting.1  The council’s members are mostly hunters and hunting advocates, including some that hunt elephants for sport.2,3 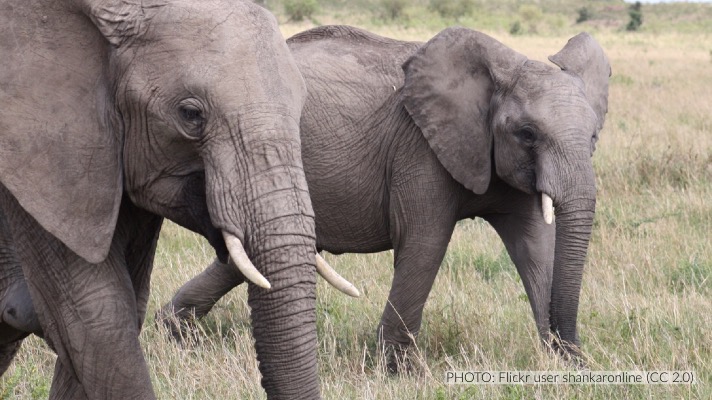 Thousands of Environmental Action supporters have made their voices heard on social media by sharing and retweeting our posts on social media. We can’t let this council be the loudest voice advising Interior Secretary Zinke and President Trump on wildlife conservation.

Help us continue to raise the profile of the need to maintain the elephant hunt trophy ban, and other similar bans for at-risk species. Chip in today.

Donate for Elephants, Other Wildlife and Wild Places

Who Speaks for the Elephants?

In March, the Trump administration reversed the ban on elephant hunt trophies — threatening the future of at-risk African elephants. Secretary of the Interior Zinke has since put people in charge of conservation efforts who are known to be avid animal trophy hunters.

Environmental Action supporters joined millions of wildlife defenders across the country to ask President Trump to reinstate the elephant trophy ban. Thousands more retweeted our post and shared it on Facebook — calling for change to make sure that elephants and other animals are able to thrive and have a future.

With just 415,000 African elephants left in the world, now more than ever, we need to stand up for these vulnerable creatures and other wildlife — but we can’t do it without your help.

We need to do everything we can to make sure African elephants can remain in their natural habitat. And we need to create systems that encourage people to protect these intelligent creatures — not hunt them into extinction. But to get there, we need to stop incentivizing hunting these vulnerable animals for sport.

Stand up for elephants, other wildlife, and the wild places they call home. Chip in to support our efforts today.

Donate for Elephants, Other Wildlife and Wild Places