A styrofoam pumpkin? A surefire winner of the October Thneed Trophy

A styrofoam pumpkin? A surefire winner of the October Thneed Trophy

By Kirk Weinert Thneeds Comments Off on A styrofoam pumpkin? A surefire winner of the October Thneed Trophy 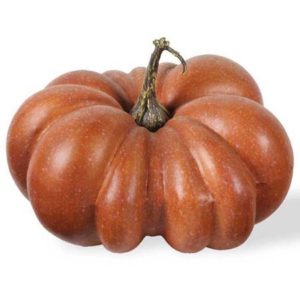 The winner of October’s Thneed Trophy is . . .

The Styrofoam  “Orange Harvest Pumpkin” sold by Walmart and many other fine outlets for your Halloween decorating delights. For a mere $23.49, you can pick up (and toss around, unlike the heavier vegetable version) this 7 ¾” by 9 ¾” beauty, safe in the knowledge that it will still be around a million years after the end of your trick-or-treat days.

You might be disappointed that it doesn’t make great pie. Carving scary faces and putting a candle inside are right out, too. No seeds to dry out either. But, at least, you won’t have to clean up those messy innards.