Wolves are counting on us

Wolves are counting on us

The clock is ticking toward the end of our fiscal year — and so is the clock for gray wolves. Right now, the Trump administration is deciding whether wolves will keep the protection of the Endangered Species Act (ESA), or become vulnerable to legal hunting and trapping nationwide. 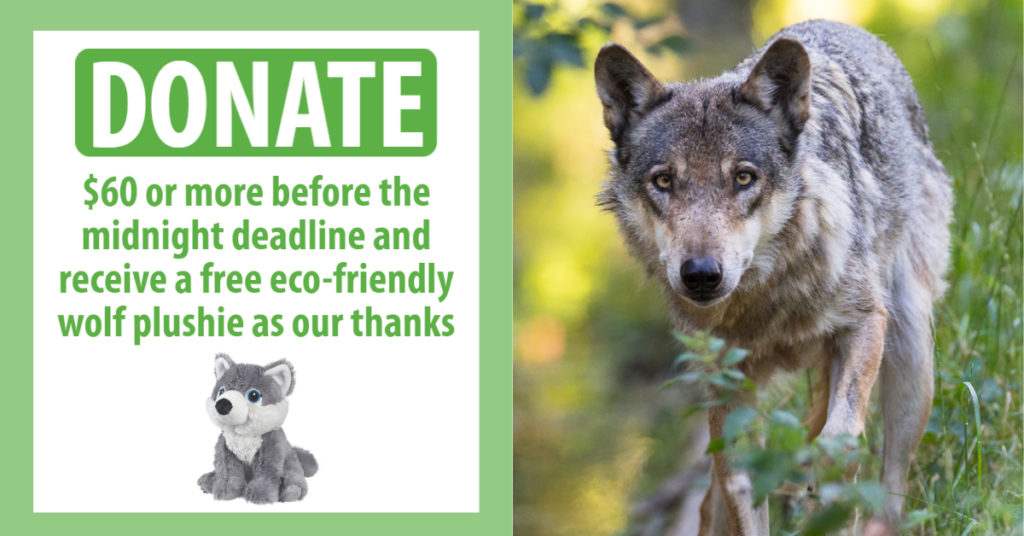 Help fuel our work in the year to come.

With your support, we’ve stood up for wolves before. When the administration first announced the awful plan to delist wolves, you sprang into action and helped us deliver more than 40,000 petitions to the U.S. Fish and Wildlife Service (FWS).

Now, we need to be ready to defend wolves again. The delisting news could come at any moment. Will you help us meet our $10,000 goal?1

Why is it especially important to prepare to defend wolves right now?

Why is it especially important to prepare to defend wolves right now? It’s because gray wolves are in unprecedented danger — and their cousins, the red wolves and Mexican gray wolves, can’t be forgotten either.

For the sake of wolves nationwide, we need to work together to keep these campaigns going strong in the next fiscal year. Don’t miss the midnight deadline. Donate today.