Will you take action to help save gray wolves?

Will you take action to help save gray wolves? 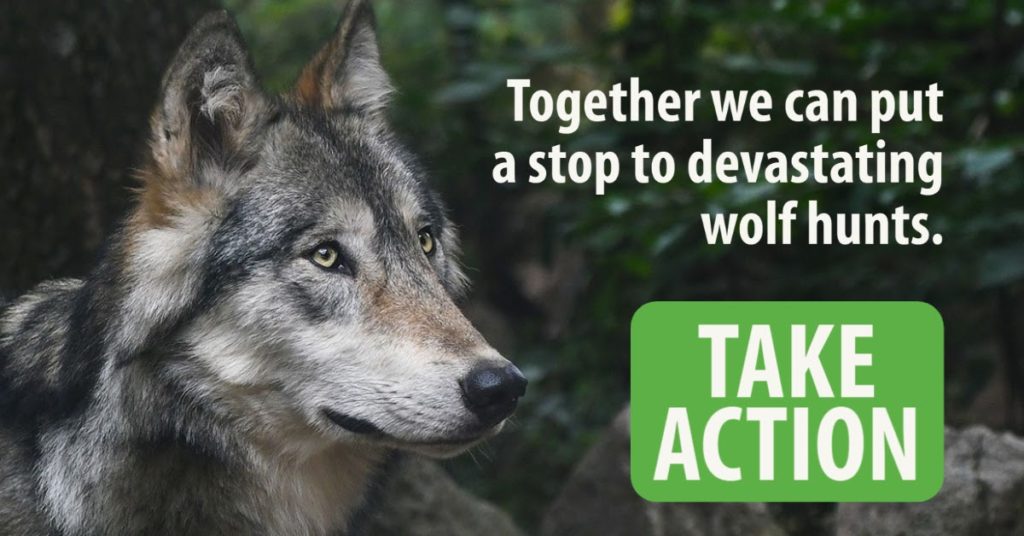 Wisconsin rushed to allow hunters to chase down wolves with dogs this past February, just weeks after wolves lost their Endangered Species Act protections. Yet another hunting and trapping season is already planned for November.2

The best way to ensure these devastating hunts stop is to restore federal protection for gray wolves — so we need to convince Congress to act fast.

The Endangered Species Act is vital for wolves.

If we don’t win back Endangered Species Act protections for wolves, we know more will die. We’ve seen this play out before, when wolves around the Great Lakes lost protection in 2011. More than 1,500 wolves were killed in three years. It was so bad that a federal court stepped in to order the hunts to stop — and if it hadn’t, thousands more would have died. During the last year of hunting in Minnesota, before the court order, 15,000 people applied for permission to kill a wolf.3

Hunting, trapping and poisoning nearly drove wolves to extinction in the 1900s.4 Now that wolves have lost the proven protection of the ESA, the devastating hunt in Wisconsin could be a sign that we are on the brink of a repeat of last century’s tragedy.

With your help, we’re doing everything we can to strengthen our campaign to protect wolves at the state and national levels. Already this year, Environmental Action supporters have sent 40,000 messages to the Biden administration in support of relisting wolves, and together we’ve sent tens out of thousands of messages opposing wolf hunts in Wisconsin, Michigan and Wyoming.

We’re already building a tide of support for wolves that decision-makers won’t be able to ignore, but we can’t stop there. Congress can help, too — and that’s why our representatives need to hear from us today.