Help us save wolves from hunting

Help us save wolves from hunting

We need your support to help save gray wolves from hunting.

The clock is ticking toward the end of our fiscal year — and so is the clock for gray wolves. Right now, for the first time since the 1970s, gray wolves across the entire Lower 48 states are missing the strong Endangered Species Act protection that rescued them from the brink of extinction.

This is a matter of life and death for gray wolves. Wisconsin has already held one devastating wolf hunt. Idaho has passed a law that could kill up to 90 percent of its wolves. And unless we’re able to restore wolves’ federal protection, the slaughter in states across the country will continue.

We’ve set a goal of raising $15,000 before midnight tonight to fuel our campaign to save the gray wolf. Will you donate today? 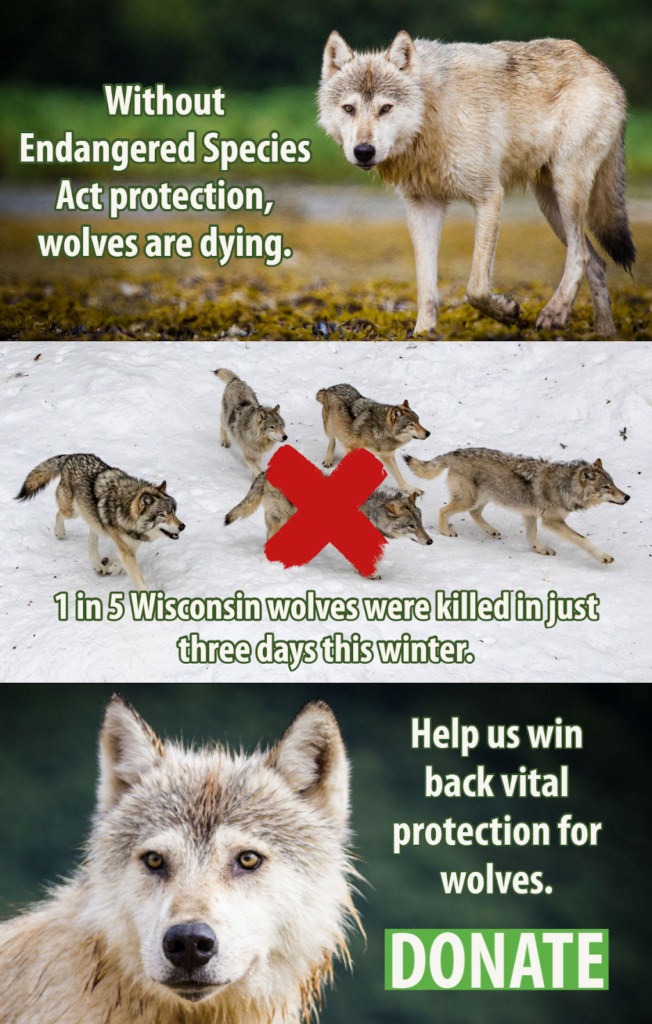 We’re hard at work to ensure that wolves won’t vanish from the Lower 48 like they so nearly did a century ago, and wolf lovers like you are a huge part of it.

Already, supporters like you have sent tens of thousands of messages to federal and state decision-makers urging them to restore wolf protections and stop the hunts — but we can’t stop here.

The longer wolves go without Endangered Species Act protection, the more wolves will die. As we head into the new fiscal year, we know time is of the essence to drive this campaign home and win a victory that will ensure a safe future for wolves in our country.