Wildfires have left this bird homeless

Wildfires have left this bird homeless

Ash and dust — that’s all that last year’s wildfires left behind for the greater sage grouse of central Washington state. 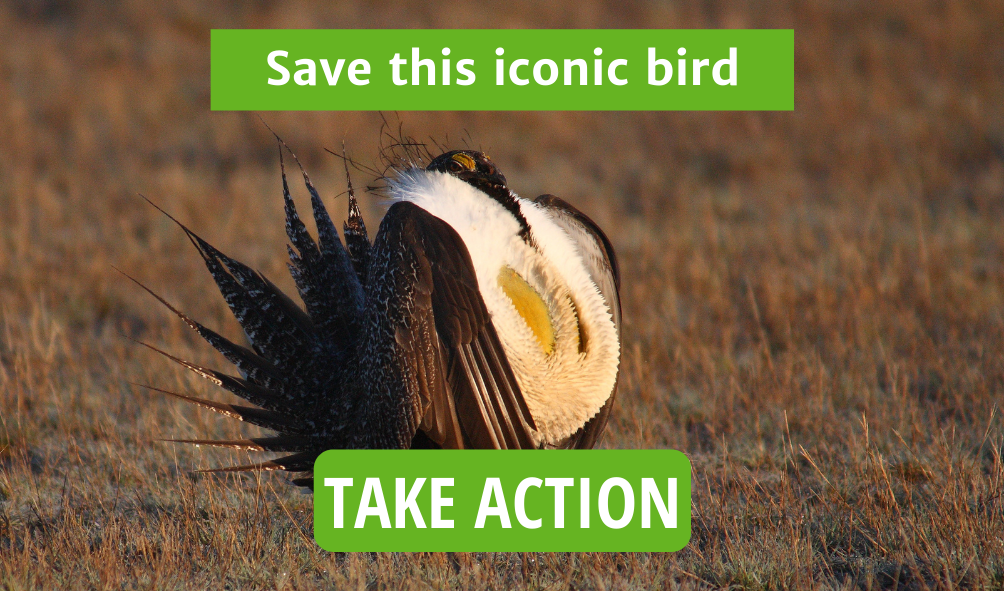 The grouse’s habitat has been shrinking for years, and that loss of habitat is fueling a terrible decline. This unique bird is an icon of the American West — so to save it and the ecosystem it relies on, we need to take action.

We must urge the Fish and Wildlife Service (FWS) to grant the species endangered status today.

Early in the morning, just before dawn, you can hear their strange call.

Looking for mates in the pre-dawn twilight, male sage grouse take their places in the parade grounds they return to year after year. With their crown of pointed hind-feathers spread wide, they puff and bounce their brightly colored chests, and, as they dance, they send the sound of their call — a clicking, bubbling, bouncing call that sounds almost alien — far and wide across the arid sagebrush where they make their home.

But this display is becoming rarer and rarer. Before North America’s colonization, as many as 16 million sage grouse ranged the American West. Now, after centuries of settlement, ranching, mining and urban development, scientists estimate that as few as 200,000 remain.1 In the last 60 years alone, their numbers have fallen by 80 percent.2

Take action to help save them.

The reasons behind this strange and beautiful bird’s decline are clear: We’re losing the sage grouse as we lose their habitats.

The shrubsteppe of central Washington — an arid sea of hardy grasses and shrubs, and one home to the sage grouse — provides a clear example. Like other sagebrush ecosystems across the U.S. West, large swathes of it have been lost to development and agriculture over time, slowly paved over and plowed through.3

For the sage grouse, this loss is truly devastating. Year after year, the grouse parade, mate and nest in the same places. When the fires came, many took flight to avoid the inferno; once the flames subsided, they returned to parade and nesting grounds reduced to ash.5

As they wait for their home to recover, many will likely forego mating — leaving fewer chicks to replace their dwindling numbers.

We can stop this decline — and if we want future generations to hear their unique call, we’ll have to.