We need a moratorium on dirty, dangerous drilling

We need a moratorium on dirty, dangerous drilling

Even as the novel coronavirus has placed much of public life on pause, states have continued to issue new permits for oil and gas drilling and fracking.1 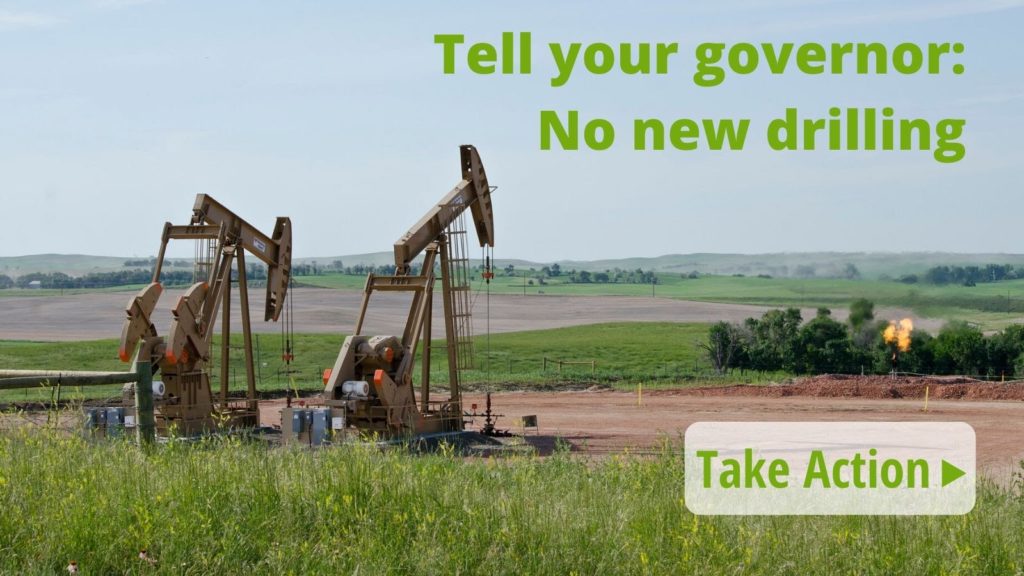 Drilling is dirty and dangerous.

Why is an activity that disturbs and destroys wildlife and their habitat at each and every step of the process not just getting a pass but expanding?

New drilling and fracking makes no sense — not when we can feel its effect on our warming climate and see its destruction of wild places. And it shouldn’t be expanded now, when in-person public hearings on new drilling are suspended due to the coronavirus pandemic.

Even as large portions of our country and daily life remain shut down, state governments are still moving ahead on approving new oil and gas projects, like fracking and drilling operations.

From beginning to end, these projects have a deep and harmful impact on the land and wildlife around them. Lands and trees are cleared for drilling pads; light, dust and noise pollution fill once-pristine areas; air pollutants harm the health of nearby animals and humans alike; oil or fracking wastewater spills can purge waterways of life.2

We’ve seen the examples of this wherever these projects go. Fracking and drilling rigs are blocking the ancient migratory paths of pronghorn antelope, disturbing the sensitive young of owls and eagles, causing sharp declines in bird populations in Appalachia, and spilling fracking fluid that’s devastating freshwater ecosystems.3,4

On top of all that, nature lovers like us can’t make our case against new projects as effectively while public hearings have been suspended.

So why hasn’t permitting for this dirty, destructive industry paused or even slowed during this crisis?5

We can’t afford to keep letting the oil and gas industry destroy nature. Tell your governor: We need a moratorium on new drilling, now.