We can’t let wolves be hunted to extinction

We can’t let wolves be hunted to extinction

It’s been a hard year for gray wolves — and the coming year will be even more pivotal to their survival. 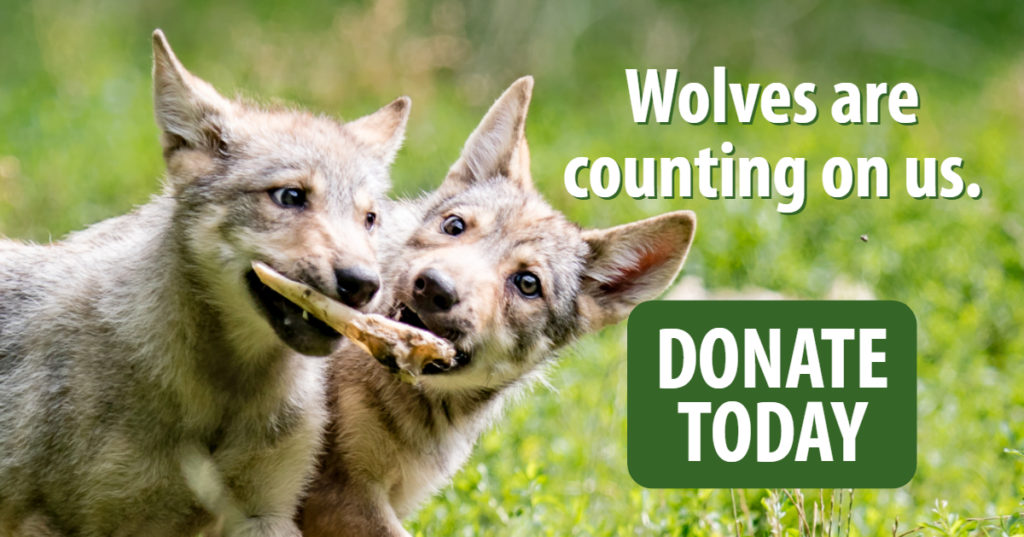 Wolves have a big year ahead.

This past spring, the Fish and Wildlife Service (FWS) announced its intent to remove wolves from the list of species protected by the Endangered Species Act (ESA).1 Throughout the summer, we rallied nature lovers across the nation in an urgent campaign to advocate for wolves’ survival. Now, we need to hold fast — because the fate of America’s gray wolves, one way or another, will be decided in the year to come.

We need to raise $30,000 before midnight on Dec. 31 to keep our vital environmental work going strong. Donate today to help make sure we can keep standing up for wolves and more in 2020.

Strong protection is a matter of life and death for our nation’s wolves.

Standing up for wolves right now is a matter of life and death for these amazing animals.

When wolves lose the protection of the Endangered Species Act, they die in horrifying numbers. We’ve seen it happen before, and we can’t let it happen again.

In 2011, wolves near the Great Lakes lost their ESA protections — and an unsustainable slaughter began. More than 1,500 wolves were killed in just three years. It was so bad that a federal court stepped in to put a stop to the hunting before it could drive wolves any closer to extinction.2

Donate to help build a safe future for wolves.

In the past year, supporters like you have helped us achieve a lot for wolves. Together, we’ve already sent more than 40,000 messages to the Fish and Wildlife Service in favor of continued wolf protection. You also helped send one of our organizers to a FWS hearing in Minnesota to advocate for wolf protections in person.

We can’t lose this momentum now, when wolves need us more than ever. Together, we can make 2020 the year we ensure that our nation’s wonderful, wild wolves will be safe for good.

The beautiful, haunting howl of the wolf is woven deeply into the tapestry of America’s natural history. It’s our responsibility to preserve natural wonders, like our wolves, for the generations that come after us — and for the health of the planet.