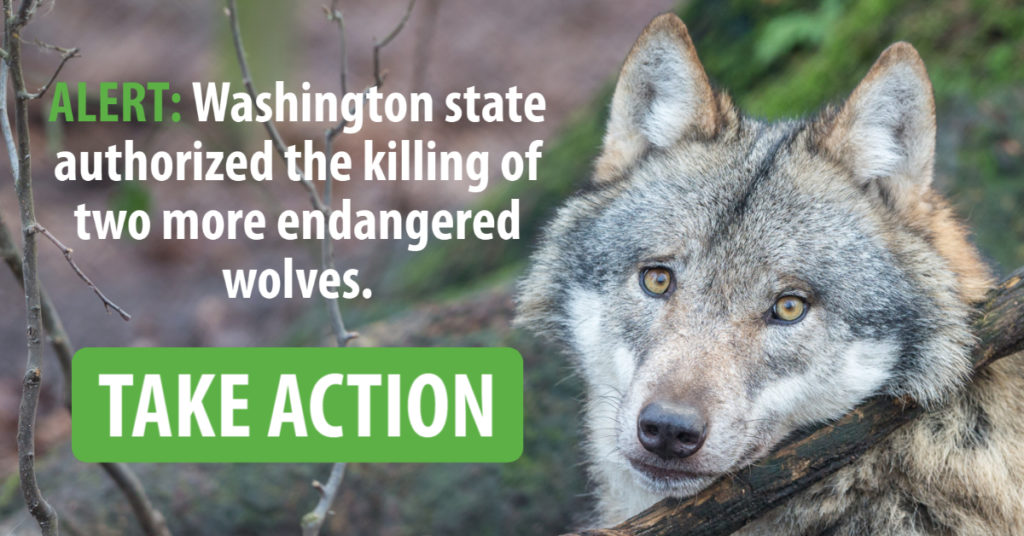 Wolves deserve the chance to recover in Washington state — not be shot to death by the officials that are supposed to be in charge of protecting them.

Wolves deserve the chance to recover in Washington state.

If Washington succeeds in eliminating the Togo wolf pack, it won’t be the first time they’ve obliterated an entire pack of wolves. In 2016, state officials killed the very last member of the Profanity Peak pack.3

The state is notoriously trigger-happy when it comes to wolves: In the winter of 2018, Washington had kill orders out on three wolf packs at once.4

This simply isn’t sustainable. Wolf recovery is still uncertain in Washington. Once hunted to extinction in the state, wolves only began to slowly return in 2008.5 We need to speak up to give Washington’s wolves the chance to recover and thrive.

Take action to save wolves.

Killing wolves to protect cows isn’t just cruel — it also simply doesn’t work. Research shows that killing wolves can increase the risk that wolves will attack livestock in the future.6

We have the chance to speak up for more responsible wolf management in Washington right now. It’s a matter of life and death for the Togo pack wolves, and so many others within Washington’s borders.