This could make a big difference for red wolf conservation

This could make a big difference for red wolf conservation

In 2019, not a single red wolf pup was born in the wild — a first since the reintroduction program began decades ago.1 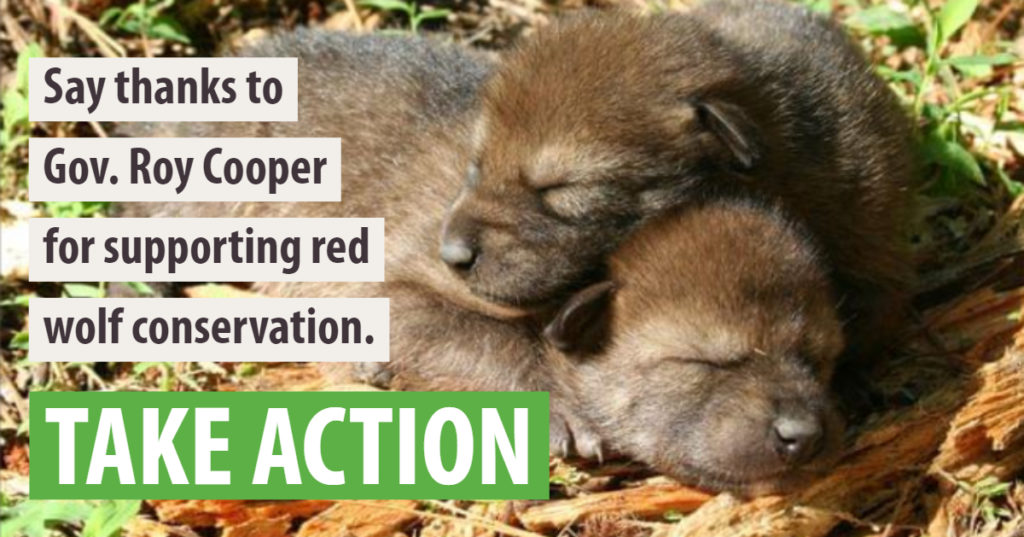 Red wolves are on the brink of extinction in the wild.

With no new pups, red wolves’ future is far from certain. And with just 14 or fewer remaining, it’s clear that red wolves need all the allies they can get.

Luckily, North Carolina’s red wolves are starting to get attention from the state government. North Carolina Gov. Roy Cooper has sent a letter to the Secretary of the Interior advocating for red wolf conservation.2

Red wolves have a long way to go, but with their state’s governor on their side, their future holds a brighter glimmer of hope.

To save red wolves, we need to act today.

Last year, only 35 wild red wolves were known to survive — already an unimaginably dire situation. Today, wild red wolves are even closer to the bleeding edge of extinction.

It’s possible that red wolves are closer to vanishing than they were in the 1960s and ‘70s, when the last few individuals were rescued from the wild to establish a captive breeding population.3

Thank North Carolina’s governor for standing up for red wolves.

We know red wolves can recover in the wild. Painstaking conservation work over the decades was met with success. By 2006, there were at least 120 red wolves in the wild — but then everything changed.4 Wildlife managers abandoned proven conservation techniques, and the population plummeted.

In his letter, Gov. Cooper called out the Interior Department, pointing to the disastrous results of the recent changes in management strategies.5 His voice of support for wolves is more important than ever right now, at a time when the very future of this endangered species hangs in balance.