Last year was the deadliest year for Mexican gray wolves since their reintroduction program began.1 If these wolves are going to continue to recover, they need all the support they can get. 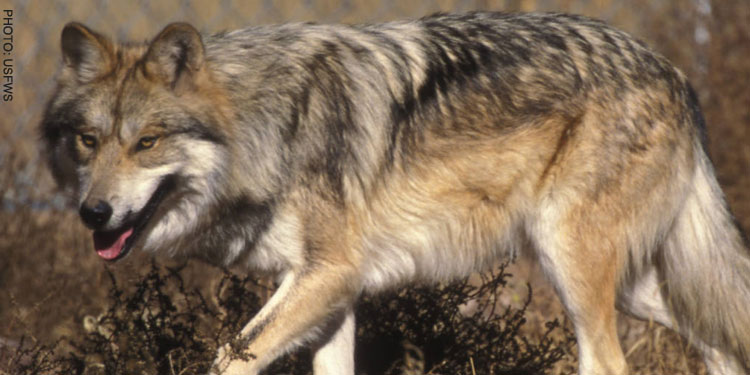 Mexican gray wolves are worth protecting.

The unique, beautiful landscape of the American southwest echos with the howls of the rarest subspecies of gray wolf in our nation. Mexican gray wolves, or “lobos,” have been the subject of conservation efforts since 1976.2

Five dead Mexican wolves in November brought 2018’s mortality count up to a record-breaking 17.3 With only 114 individual Mexican gray wolves remaining in the wild, every dead wolf is a terrible blow to the population’s health.

From the very beginning, Mexican wolf reintroduction has been plagued by poaching and human interference. Five of the 11 lobos originally released in 1998 were killed, prompting the agency to bring the survivors back into the relative safety of captivity before trying again.4 Just last December, a New Mexico rancher had his grazing permit revoked for trapping a Mexican gray wolf and hitting it with a shovel.5

Now is the time to speak up for lobos.

With two new U.S. senators in Arizona, it’s a prime time to remind them — and the senators from New Mexico — that their states’ wolves need advocates if they are to survive.

History, both distant and recent, shows that Mexican gray wolves need our help. And it was former Arizona Sen. Jeff Flake who pushed strongly for Mexican gray wolves to lose their protections last year — so it’s important that his successors start off their tenure on the right foot with regard to these irreplaceable animals.6

How you can help:

Your voice is a powerful tool for wolf conservation. Tens of thousands of Environmental Action supporters have spoken up for wolves of all kinds every time they’ve come under threat — and we’ve seen great results. We’ve preserved Endangered Species Act protections for gray wolves. We spoke up together to ensure the safety of the last 35 wild red wolves.

It’s time to raise our voices to win that same safety for Mexican gray wolves. They’re a unique and beautiful part of our nation’s ecology. They can’t go overlooked.

Speak up for Mexican gray wolves