It’s hunting season in Wyoming, and wolves are dying by the dozen. 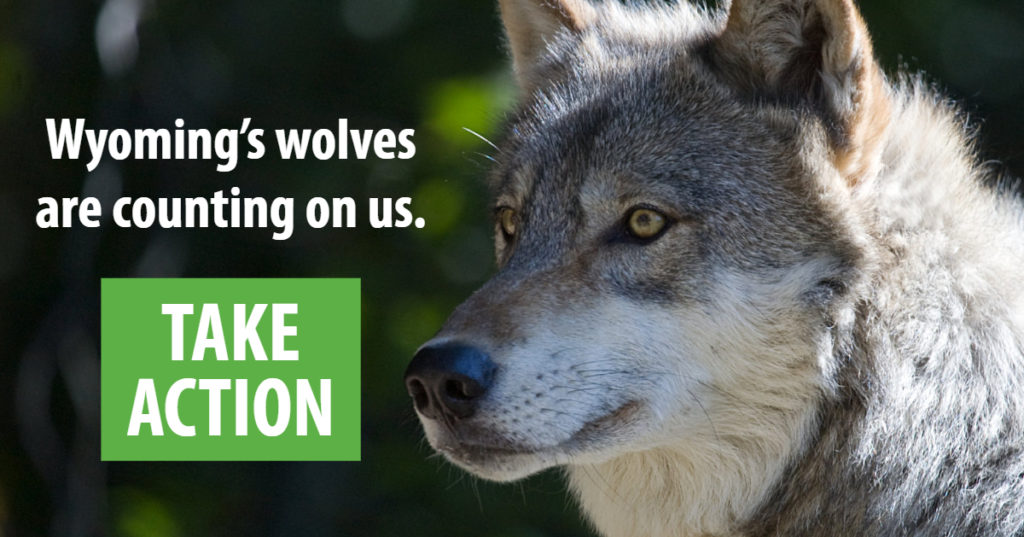 Twenty-six wolves have already been shot dead on Yellowstone’s doorstep during this year’s hunting season, and it’s not over yet.1 In 2017, Wyoming set a goal of slashing its wolf population in half — bringing it down to just 160.2 Every subsequent hunting season brings that chilling goal closer to reality.

More than 200 wolves have been killed in Wyoming since 2017.3 This is unsustainable.

We need to stop the slaughter and save wolves.

The slaughter is a tragedy, but it’s not surprising: Wyoming has a terrible track record on wolf management. In 2012 and 2013, the rate of wolf killing in Wyoming was so astonishingly high that a federal court stepped in to stop it.4

But wolves’ brief respite ended in 2017 when management was returned to state hands, and wolves fell back into the crosshairs.5

Now, in more than 85 percent of Wyoming, wolves can be shot and killed on sight for any reason — completely legally. Wolves aren’t even safe in the areas outside of Yellowstone and Bridger-Teton National Forest, where trophy hunting is permitted seasonally.6

You can help protect Wyoming’s wolves.

Every time a wolf is killed, we lose a facet of what makes our nation’s rich natural ecosystems so special. Wolves bring balance to the habitats where they live, and their fierce beauty and haunting howls have captivated us for generations.

In today’s day and age, we need to protect all the natural beauty we can — and with wolves, we have a campaign we can win. Environmental Action supporters have done it before.

Two years ago, we successfully helped save Endangered Species Act protections for gray wolves in the upper Midwest by building an overwhelming tide of support for wolves that Congress couldn’t ignore. And just this past summer, more than 40,000 of us raised our voices for wolf protections nationwide.

Whether you live in Wyoming or not, your voice matters. Call on Wyoming’s governor to make this year’s wolf hunt the state’s last.