At least three-quarters of emerging infectious diseases — including COVID-19 — are believed to have originated in animals and jumped to human populations.1 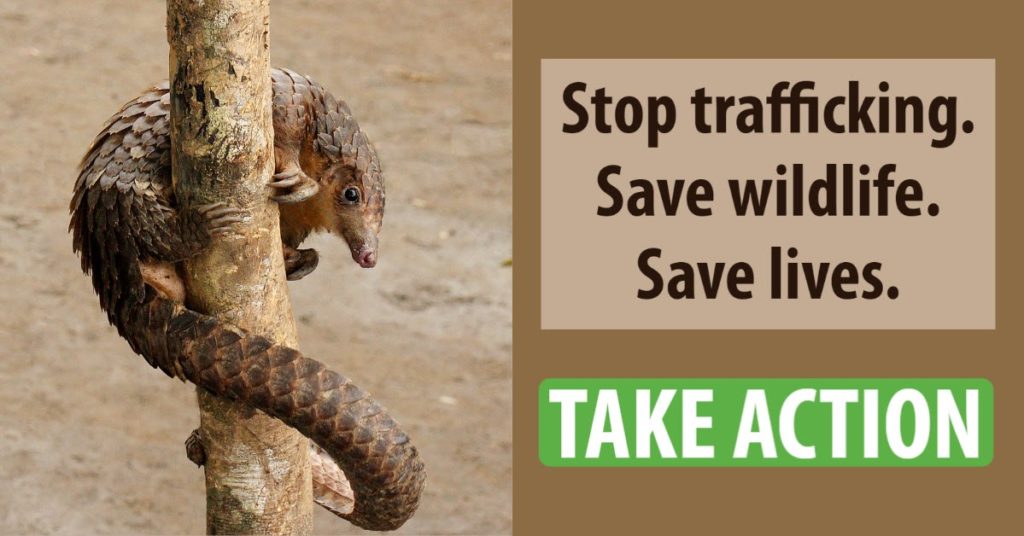 When diseases cross from wildlife to people, it’s almost always because humans have interfered with wildlife or their habitat. Destroying habitat, taking animals from their homes, and forcing them into cramped conditions to be trafficked and sold increases the risk that new diseases will make the jump.2

Putting an end to wildlife trafficking would help save some of the planet’s most endangered animals — and help protect human populations from the threat of newly emerging diseases.

The PAW Against Trafficking Act will help us understand and combat wildlife trafficking in several ways.3

By passing this legislation, America can take an important step toward acknowledging and mending our role in the worldwide wildlife trade.

Take action to save wildlife — and protect human lives.

Giraffes should be in the wild, towering over the African savannah, not dismembered and transformed into boots, pillows, knife handles and other knick-knacks to be sold in America — but importing giraffe parts is legal.4

Adorable, scaly pangolins are some of the most unique animals in the world — but they’re also the most trafficked.5 They could be driven extinct if trafficking isn’t brought under control soon.

For the sake of all creatures great and small — and human health worldwide — it’s time for America to get serious about stopping the wildlife trade.

This bill can help make it happen. Send a message to your U.S. representative in support of the PAW Against Trafficking Act today.