Wildlife corridors are for wildlife, not oil and gas

Wildlife corridors are for wildlife, not oil and gas

Wildlife corridors are for wildlife — it’s even in the name! They’re not for oil and gas extraction. But that hasn’t stopped the Bureau of Land Management (BLM) from leasing these precious places to oil and gas companies. 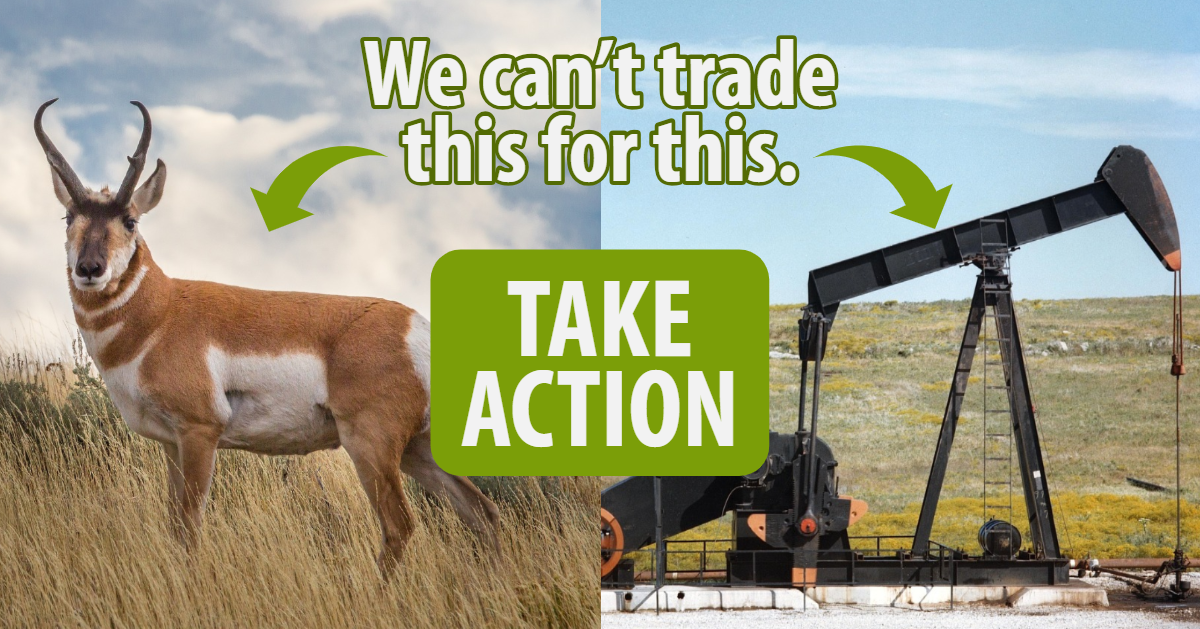 Wildlife corridors are being opened to oil and gas drilling.

In fact, about one-quarter of all land leased by the BLM for fossil fuel extraction since 2017 has been within wildlife corridors or priority conservation areas.1

We can’t destroy these vital lifelines for wildlife in exchange for dirty energy.

In New Mexico alone, 82 percent of new oil and gas leases from the past two years are in conservation areas. Destructive fossil fuel extraction is spreading to areas it should never touch.2

Drilling in wildlife corridors can cause irreversible damage.

When drilling comes to wildlife habitat, the landscape is harmed in irreversible ways. Vital plant life is torn up and replaced with roads and equipment. The light, dust, noise and other impacts from those constructions can stress or even kill animals.3

If the worst occurs and a spill or leak happens, oil surges into the environment.4 These spills poison the ecosystem and doom wildlife. Thousands of these kinds of accidents occur each year.5 That kind of risk doesn’t belong anywhere, let alone in the parts of our nation’s wilderness that wildlife most depend on.

You can help stop drilling in wildlife corridors:

We shouldn’t be trading the health of our nation’s wild places for more oil and gas — especially at a time when the Earth is warming faster than ever. Drilling harms habitats for the sake of fossil fuels that drive the climate crisis. It’s a senseless waste at a time when renewable energy is becoming more plentiful and accessible than ever.

Wildlife corridors and conservation priority areas are protected for a reason: To enhance the survival of our nation’s amazing animals. Oil and gas development just doesn’t belong there.

You can help stop harmful oil and gas leasing in protected wildlife areas by adding your name today.