Gray wolves were nearly hunted to extinction in the 1930s — and they’re still in the crosshairs today.1 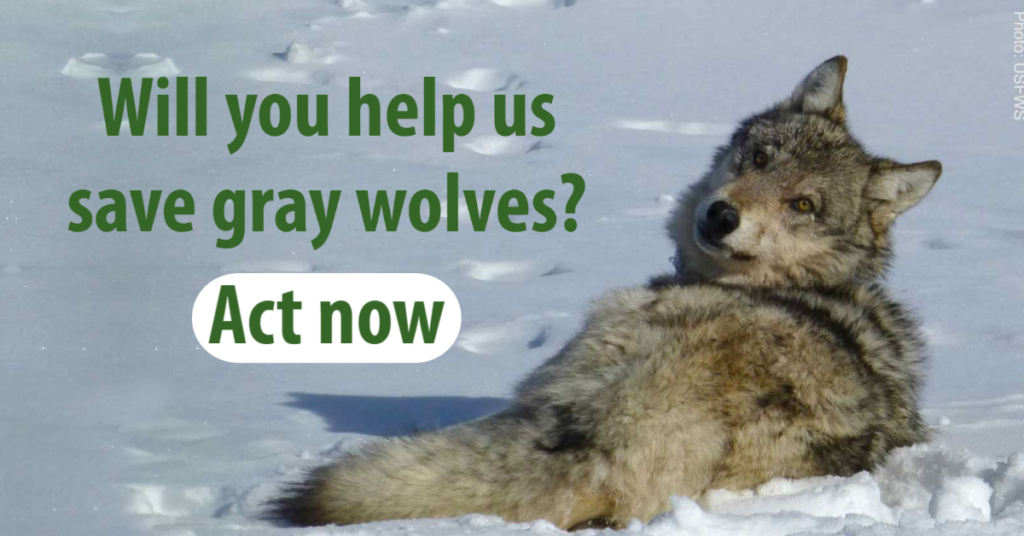 Wolves need our protection now more than ever.

In Washington, the state’s Department of Fish and Wildlife is notorious for “lethally removing” wolves from their packs — but shooting wolves to death is an inhumane method of wildlife control.2

Now that the Trump administration has removed federal protections for gray wolves, we need state leaders to step up to protect the species more than ever.3

Even when the species still had federal protections under the Endangered Species Act, gray wolves were already under threat in Washington. The Washington Department of Fish and Wildlife routinely kills “problem wolves” to protect cows.4

But killing gray wolves to prevent livestock attacks is a practice that is both ineffective and inhumane.

Research shows that killing gray wolves can actually lead to more livestock attacks from their pack, and non-lethal methods could be more effective.5 The bottom line is, we can coexist with these beautiful animals.

But to make sure their populations don’t dwindle, we have to protect them from backward state policies like Washington’s “lethal removal.”

We can coexist with wolves if we take action today.

We’re working to overturn the Trump administration’s decision to yank away protections from vulnerable gray wolves.

In the meantime, Washington’s gray wolf removal process needs to change now — and there’s hope that Gov. Inslee could change it. In September, Gov. Inslee sent a letter to the Washington Department of Fish and Wildlife in support of gray wolves.6

The department has continued its practice of authorizing gray wolf killings — but Gov. Inslee could force it to stop — if he hears from enough people like you.

Will you take a stand for gray wolves today?