For sea otters, an oil spill isn’t just a nuisance. It can be life or death. 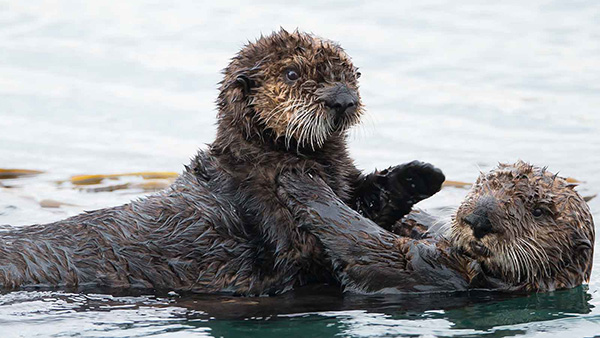 To save otters and other wildlife, we need to stop offshore drilling before it starts .

Thick, tarry oil not only turns their homes near shore into a toxic wasteland but it can also coat their fur, disrupting their ability to warm themselves and, at worst, leading to hypothermia.1

Oil spills are the greatest human-caused threat to sea otters.2 And sea otters aren’t the only marine wildlife harmed by oil spills. So are dolphins, whales, sea turtles, polar bears and many, many more.

But the Trump administration is working hard to open more of our oceans up to dirty and dangerous offshore drilling as soon as possible. If we’re going to stop these plans, we have to take action now.

Sea otters and other ocean animals are at risk.

We’ve all seen the pictures of animals covered in oil, their fur or feathers or shell covered in the black and tarry substance.

It’s as bad as it looks for these animals: Being coated in oil can lead to hypothermia in mammals such as sea otters and polar bears that rely on their fur for warmth. Trying to clean off the oil by licking their fur can damage their internal organs, like their gastrointestinal tracts, kidneys, liver and lungs — to name just a few.3 It can also cause respiratory problems in whales and dolphins, and impede vital organ function in sea turtles.4,5

Take action to save sea otters and protect our coast.

The consequences for marine animals alone should be enough to lead us keep oil in the ground. But there is a litany of other consequences from more offshore drilling: from worsening climate change to risking the livelihoods of coastal communities.

It’s beyond time to end offshore drilling — to protect wildlife and the planet from the devastating consequences of oil spills. Urge your legislators to act right now.