Congress can stop the Trump administration’s drive to drill, mine, log and develop national monument lands like Bears Ears and Grand Staircase-Escalante for private profit. Urge lawmakers to stand up to keep our public lands in public hands. 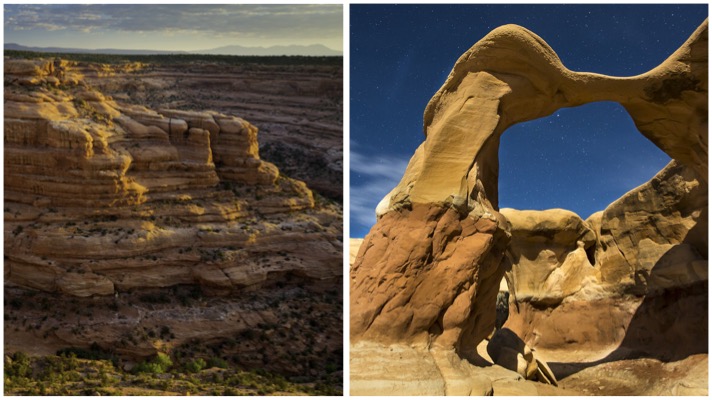 Send a Message for Monuments

At Grand Staircase-Escalante, you can find other wonders. You can see colorful vistas, irreplaceable cultural artifacts and a dazzling array of wildlife, including bald eagles and peregrine falcons.2

Unfortunately, late last year the Trump administration announced a plan to shrink Bears Ears by more than 85 percent and Grand Staircase by roughly half. Now officials are moving full-steam ahead to begin exploiting these special places — even as the Trump administration’s authority to alter national monuments is challenged in court.3

The Bureau of Land Management has released its preferred management plans for the ecologically sensitive, culturally vital and beautiful lands that were — until late last year — protected as part of the Bears Ears and Grand Staircase-Escalante National Monuments in Utah.

Unfortunately, these new plans would allow more destructive mining (including for uranium), oil and gas drilling, logging and other private development on more than one million acres within the former boundaries of the monuments.4

The good news? Public lands advocates in both the US House and Senate have introduced the ANTIQUITIES Act of 2018. This special legislation would:

We owe it to future generations and to the memories of those who came before us to safeguard these special places. Will you speak out to help turn the tide for Bears Ears and Grand Staircase-Escalante?

Take an affirmative stand for our public lands! Please urge your US representative and senators to co-sponsor the ANTIQUITIES Act of 2018 (H.R. 6410, S. 2354).

Send a Message for Monuments