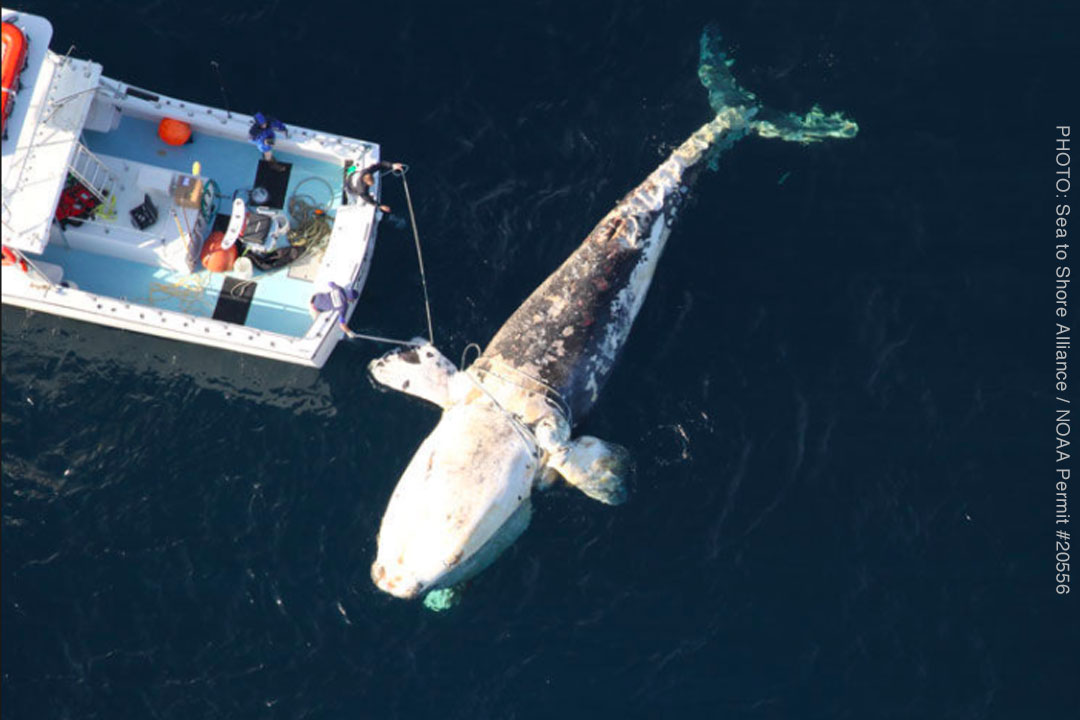 North Atlantic right whales on the brink of extinction.

Once numbering in the tens of thousands, only around 450 of these whales remain in the wild.3 Fishing gear entanglement and ship strikes killed 17 of them just last year.4 If things keep going like this, scientists say these amazing marine animals could be extinct in the wild by 2040.5

The two leading causes of human-caused North Atlantic right whale deaths are ship strikes and entanglement in fishing gear.6 The US government has lowered permitted vessel speeds to reduce ship strikes. But to save these whales we have to prevent deadly fishing entanglements too.