President Trump took another dangerous step yesterday — he announced a plan to open nearly all federal coastal waters to offshore oil and gas drilling.1 The plan includes the California Coast, the Gulf coast and the Atlantic coast — all targeted for offshore drilling. 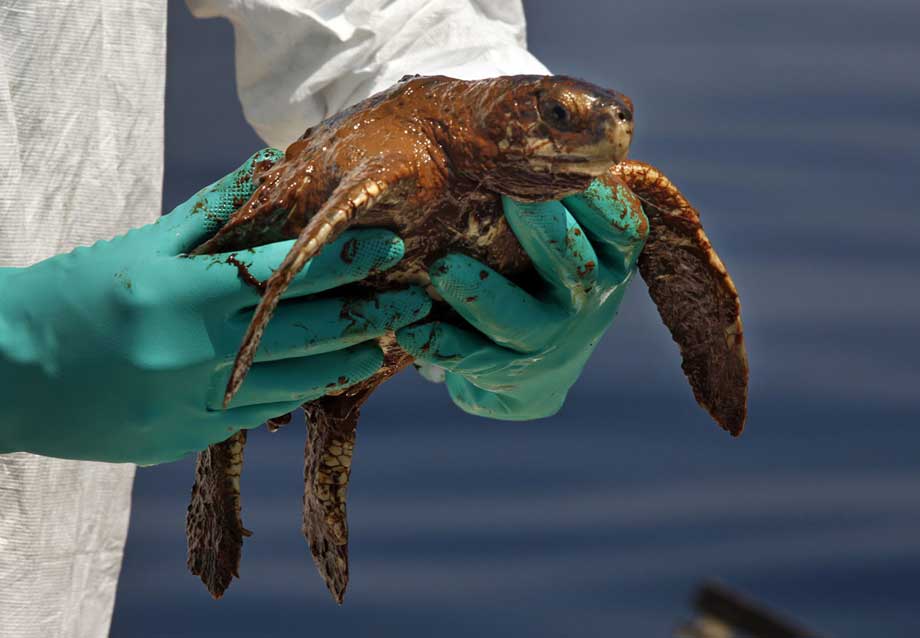 Help us stop this new offshore drilling by supporting our work today.

Offshore drilling is dangerous for our planet and the animals that live in our oceans. We know firsthand the cost — after 200 million gallons of oil were spilled in the Gulf of Mexico when the Deepwater Horizon oil rig caught first in 2010.2 After this spill, we saw sea turtles and dolphins covered in oil, increased dolphin deaths, and fewer Kemp’s sea turtle nests. We even saw reports of eyeless shrimp.3

When will we learn? Increasing oil drilling will lead to more oil spills — more spills that harm our coasts and the animals, from dolphins to sea turtles, that live in our oceans.

How You Can Help Stop Dangerous Drilling

There is already support from public officials, including Governor Jerry Brown of California and Governor Rick Scott of Florida, and broad support from people like you in these states and across the country.4

With your help, we will mobilize Environmental Action members and others across the country to take action and stop this at the federal level. As soon as the comment period opens, we’ll be ready. That’s why we need you.

We have the power to produce energy without oil — it makes no sense to risk our sea animals. Now more than ever, we need to say enough is enough.

Support our work to protect our oceans and the wildlife that inhabit them. Donate Now.