The Trump administration is barreling ahead with approvals for destructive oil and gas drilling in the sensitive Arctic National Wildlife Refuge — some of the best polar bear denning habitat in the country.1 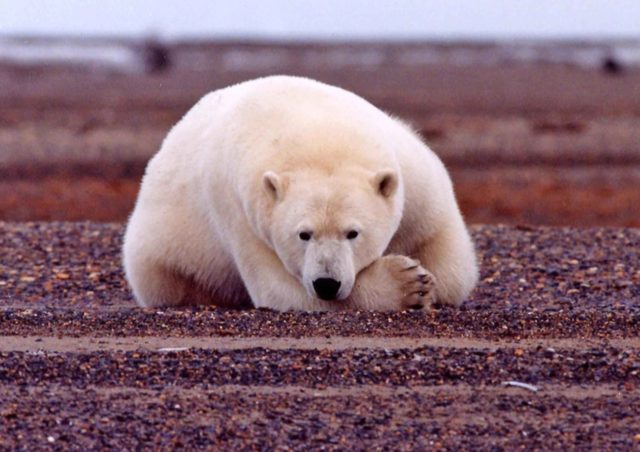 The Threat to Polar Bears and the Arctic

Make no mistake. Drilling is bad for wildlife and the environment.

Land near the Arctic Refuge bears the scars from fossil fuel sites that were shuttered decades ago.2 Spills and accidents still occur at nearby oil and gas sites, damaging delicate ecosystems and the irreplaceable wildlife that makes its home within the Refuge.3

Polar bears den here, but the noise and traffic that could come with new drilling could disturb polar bear moms, causing them to abandon their cubs. Without a mother, cubs have little chance for survival.4

Fortunately, Congress has the power to stop the administration’s destructive drilling plans — and protect the Refuge’s wildlife.

With a new Congress now seated, we’re calling on these lawmakers to once again take a stand for this special place and its wildlife — by once again barring drilling in this unique and wild place.

Seismic testing and other destructive fossil fuel operations could begin in the Arctic National Wildlife Refuge as soon as this winter, so it’s important that we act soon.5

Call on congressional leaders to ban oil exploration and drilling in the Arctic National Wildlife Refuge.

Take Action to Protect the Arctic