Protect our coasts from dangerous offshore drilling that will fuel climate change. Send a message to your U.S. senators now. 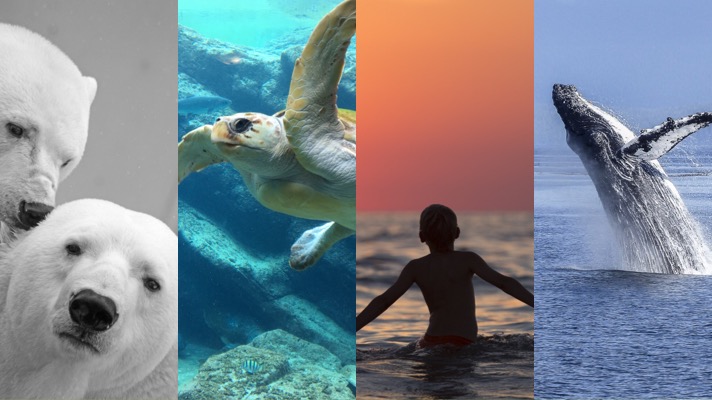 Send a Message for Oceans

Earlier this year, the Trump administration proposed opening up roughly 92 percent of U.S. waters off our coasts to dangerous offshore oil and gas drilling.1

Most coastal governors in the country opposes the administration’s proposal, and it’s not hard to see why.2

Under the Trump administration’s proposal, virtually no federal coastal waters would be safe from drilling. The proposal would open waters along the East Coast from Maine to Florida, the Gulf Coast, the California coastline, and waters off the Pacific Northwest and Alaska to new offshore oil and gas operations.3

But who wants to trade unspoiled ocean views for ugly drilling platforms? Or whales, sea turtles, polar bears — even the health of entire coastal communities — for the next toxic oil spill?

Offshore drilling is a direct threat to the coastal waters and wildlife we love.

Whales, sea turtles, polar bears and other wildlife at risk of extinction make their homes in these waters. Even worse, we would be risking our coasts and wildlife for the sake of oil and gas that fuels the climate crisis.4

How Your Can Help

The good news: opposition to the plan is widespread, and we have a real shot at deep-sixing this dirty drilling proposal.

State leaders have already taken action to challenge the proposal in court and to block drilling off their coasts — notably, in states like California, Oregon, New York, and Florida.5

But offshore drilling opponents in coastal states are going to need plenty of allies in Washington, too, to protect our beaches, coastal waters and marine wildlife from the threat posed by the administration’s offshore drilling proposal.

That’s where you come in.

Congress has the power to protect our coasts, but it will take support from lawmakers across the country — not just the ones on the coasts — to prevent possible oil spills and protect beaches and ocean life. Your elected officials in Washington need to hear from you!

We could be on the verge of a huge win for our oceans and ocean wildlife… and you should be a part of it!

Momentum is on our side. Please send a message to your U.S. senators and speak out for our oceans, beaches, whales and wildlife.

Send a Message for Oceans

1. Hiroko Tabuchi and Tim Wallace, “Trump Would Open Nearly All U.S. Waters to Drilling. But Will They Drill?” The New York Times, January 23, 2018.

3. Hiroko Tabuchi and Tim Wallace, “Trump Would Open Nearly All U.S. Waters to Drilling. But Will They Drill?” The New York Times, January 23, 2018.

5. Annie Reisewitz, “Trump’s Offshore Oil Drilling Program — Not in my Ocean,” NationalGeographic.com, May 10, 2018.